I had some time and felt like doing a small project so I finally ticked off one of the boxes on my to do list. I’ve never made one of these style push sticks before but I saw the obvious usefulness of them. I also got to practice a couple of things I rarely use.

I didn’t take pictures of making the first one. It’s very simple. About 3/8 thick. The joint is ship lapped. 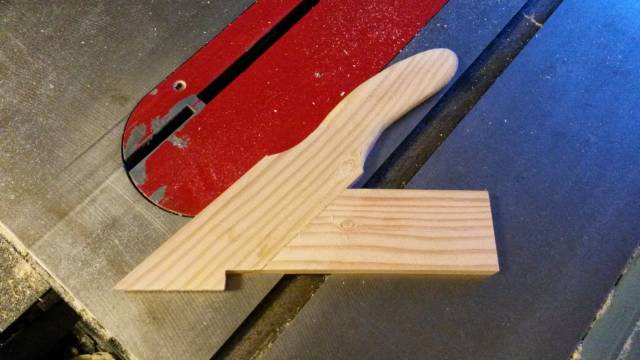 I felt that the handle was a little short so I made a second one. This one is much thicker too at 1-1/4". First I cut the tenons using my tenon jig. The inside is extra wide as it also acts as the push block sticking out of the bottom. 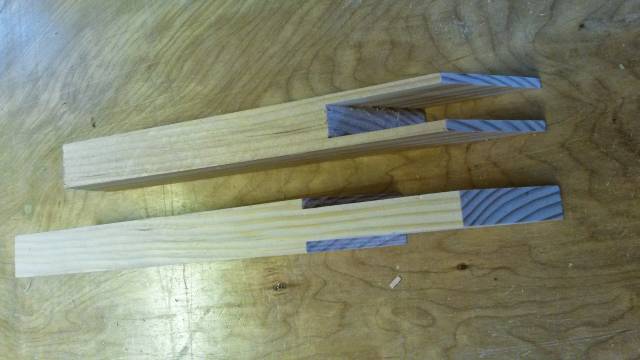 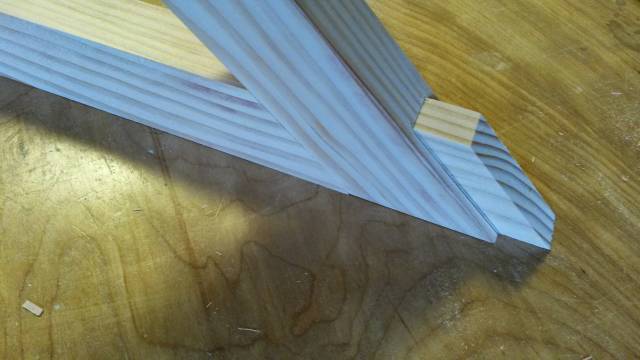 Pretty good dry fit if I do say so myself. Next I rough cut the handle on the band saw. 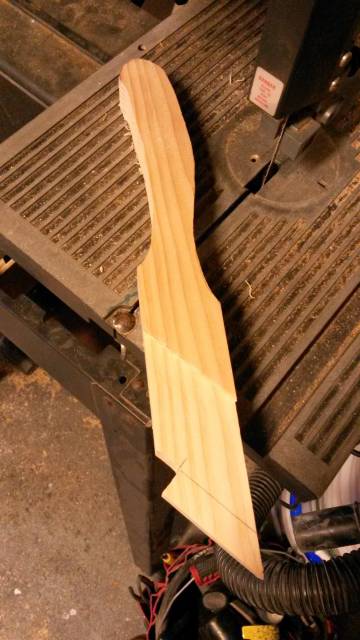 Believe it or not this is the first time I’ve used the band saw. I bought this old 1/2 HP 12" craftsman a few months ago and spent several hours cleaning and adjusting it. After all the adjustments and a new blade it cuts pretty well I think. It’s my first ever bandsaw and I never used one before so I don’t really have a benchmark to compare it against. But it handled this small job well.

Next, on to the shaper, which is my ROS in a vise with 40 grit paper. 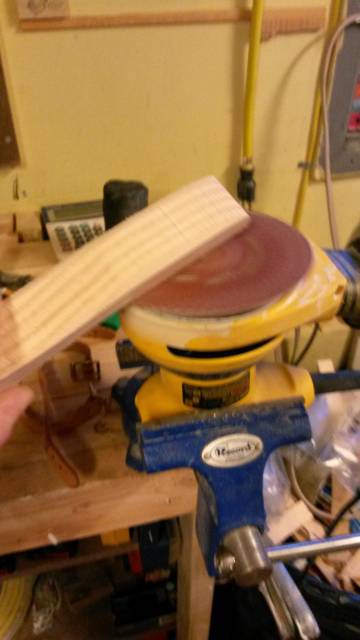 A little glue and some clamp time and voilà! A push stick is born. 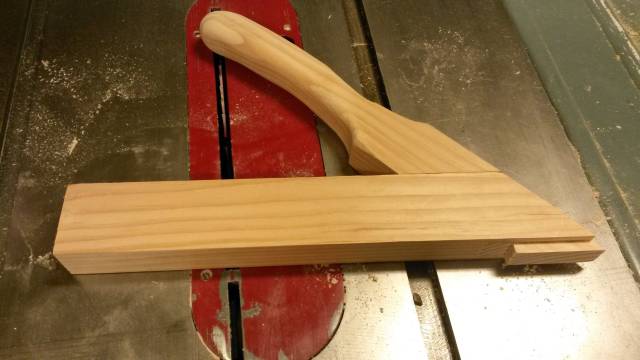 The other thing I got to practice was a little hand planing. I have only a HD block plane which is not very sharp. There was just a tiny lip at the joint which I could have knocked off with the sander but the baby was sleeping so I tried using the plane and the result was surprisingly good. I really need a good plane. I may buy one soon.

Lastly, since I was in the mood to use the shaper, I made this little stick. 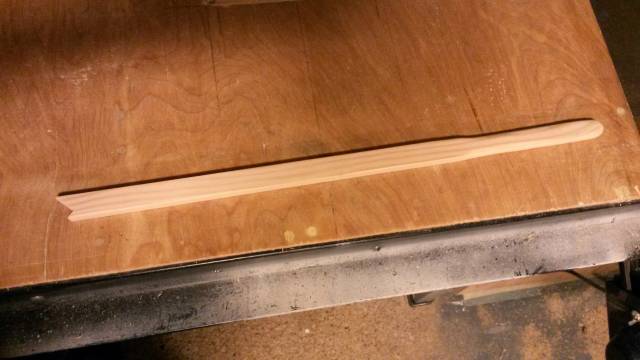 So there you go: 3 new additions to crowd my wall space. :-) Tonight I’ll sand them a little smoother and wipe on some shellac. I already know they work well because I used the first one to make the second one!

By the way, my “shaper” worked excellently and since it was hooked up to the vacuum there wasn’t a smidgen of dust in the air. I was very pleased with that.

Nice work Brian. I see we have the same type of shaper, but yours is a better model than mine. I only have one pushing utensil for the TS and it’s kind of an embarrassment.

Thanks. Shoe is the word I was looking for earlier. I wasn’t sure what to call these things. Only one looks like a stick. ;-)

The plate is not ZC. It’s the stock one that came with the saw (delta 2000). Original equipment too.

I was taught by my teacher never to leave a pointed edge on a push stick and to round over all edges besides the one that is pushing the wood.
The idea is if you had a kickback or loose your push stick the pointed/sharp edges will act like a knife.

Ya know, even with my disposables, I like pretty, and these would qualify. Nice work and design Brian.

I haven’t had one of the push sticks in my shop in decades, other than as stabilizers for use in addition to the shoe (other versions of your top one). Been doing this several decades and they still scare me (ah hell, half my equipment does). The exception are the “Finger Push Sticks” I make for use on the band saw.

By the way, where’s your zero clearance plate? ;)