The V8 Wedge Powered Workbench #4: Fitting the Sides and Ends

This is part 4 in a 8 part series: The V8 Wedge Powered Workbench

I know that I have said that there is no “fancy joinery” in this bench and there certainly doesn’t have to be. There is however, in my own bench, a simple dovetail joint in the top frame corners. It is purely decorative and a box joint or even a butt joint would in fact do the job. If the wagon vices were not epoxied in, then the dovetails would have a real function but I personally would rather rely on the epoxy… it’s a boat builder thing.

This is the joint I’m referring to and it’s really quite easy. 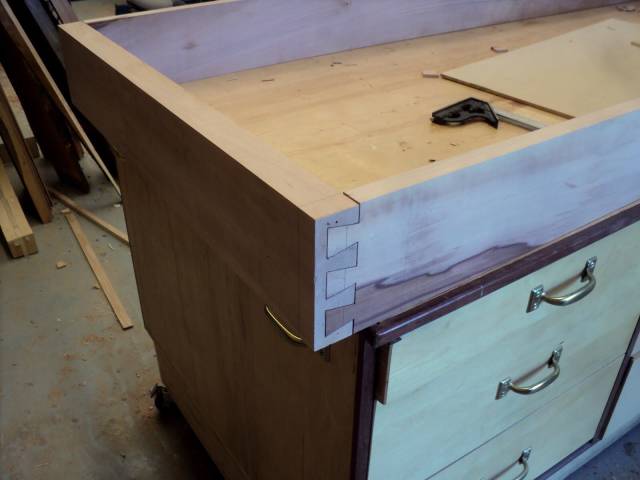 I made up a little 1/4" MDF pattern and cut the rough recesses out with a router. I’m really not a dovetail guy but I’m sure this must be a somewhat standard way of doing it. 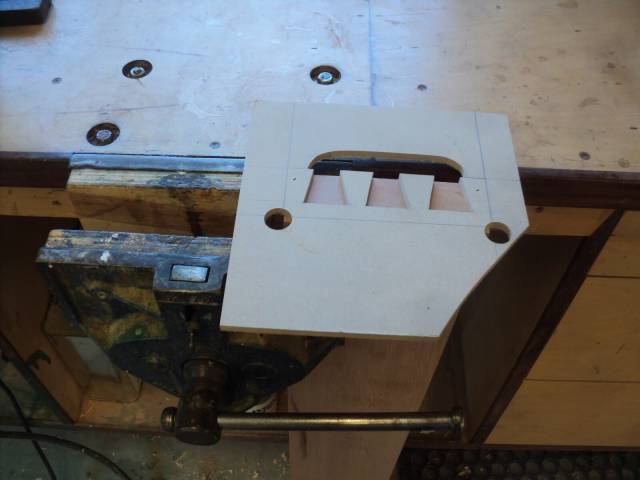 The pattern lines up with the corners of the end members via some sight holes and is tacked in place with a pin tacker. 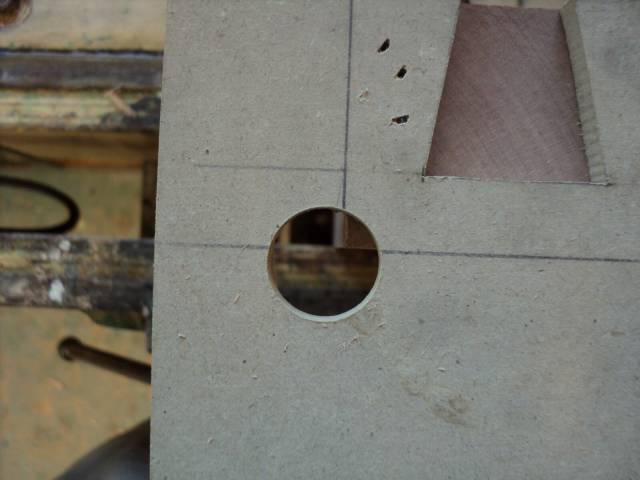 I routed the recesses out about 5/8" deep and left them unfinished for the time being. 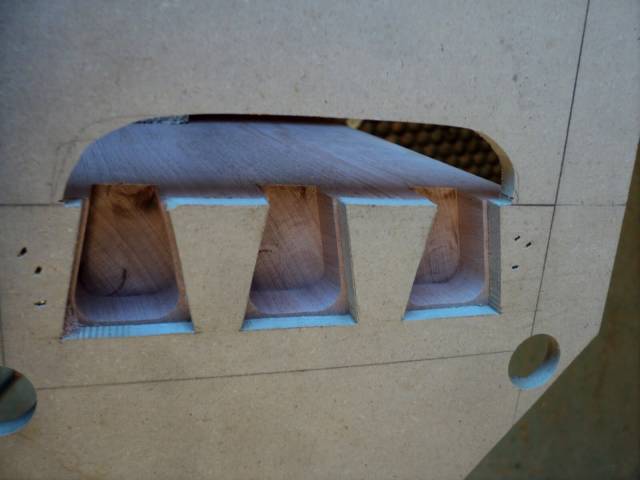 Then after cutting the tails on the bandsaw, I fitted each corner and marked the recess from the tails. 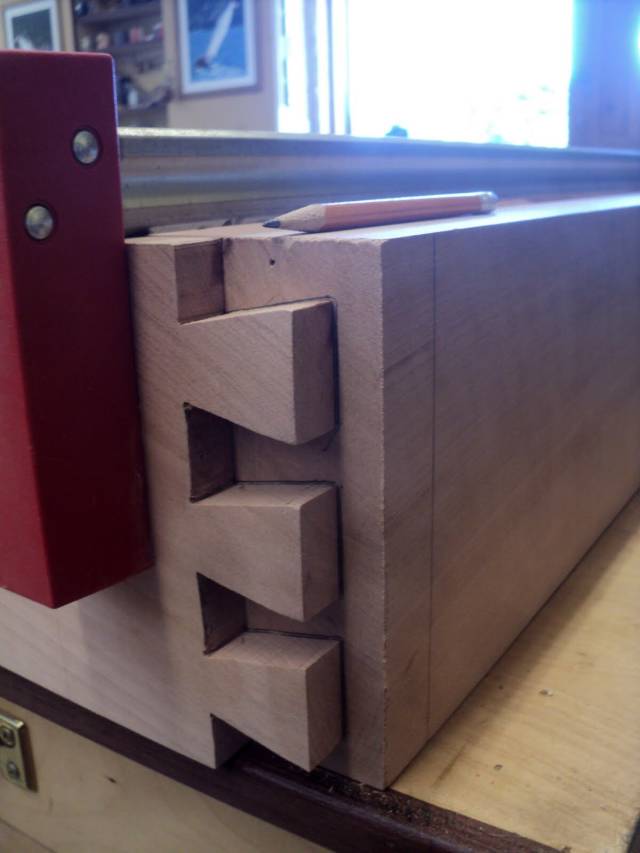 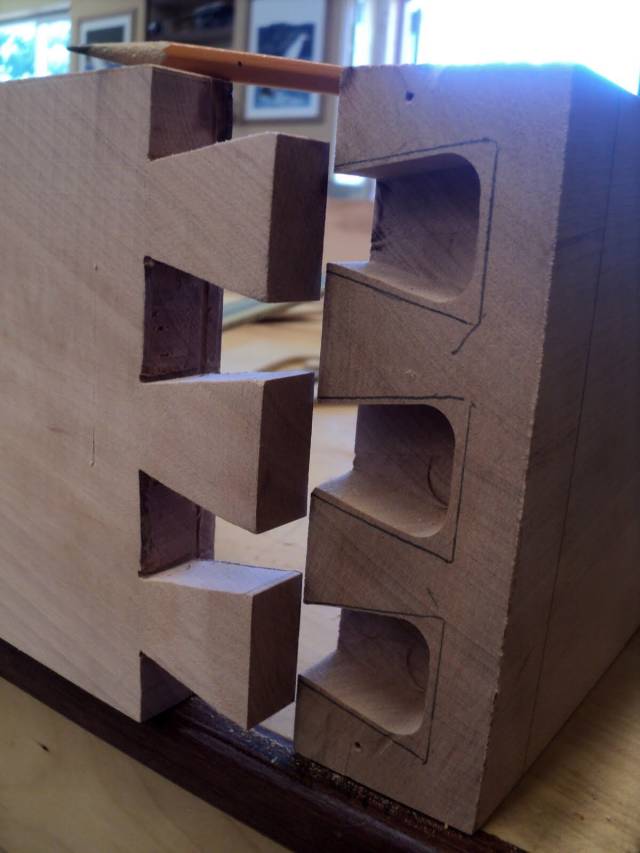 From there it was an easy job to finish them up with a chisel.

The next job was to set the vices into the end rail to lock their sides against spreading under wedge pressure. 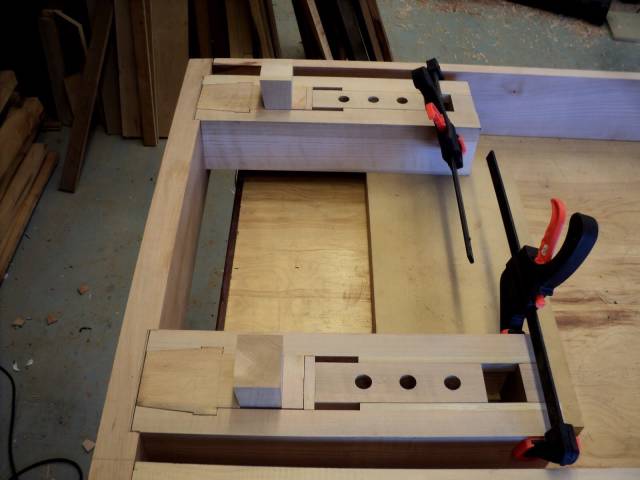 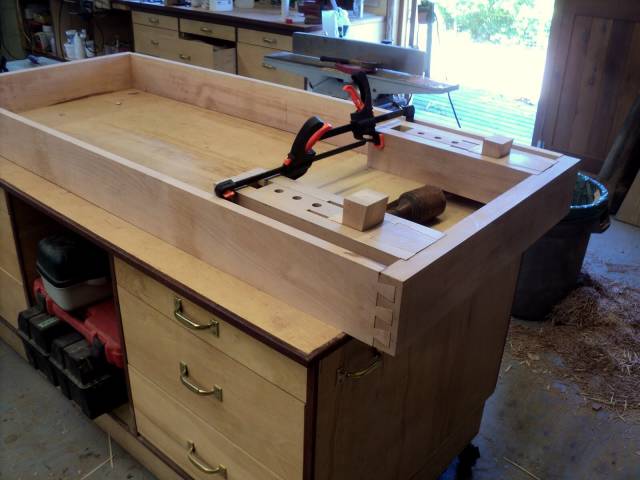 Finally the side and end rails were rebated to accept the larger bottom layer of the plywood top layup. 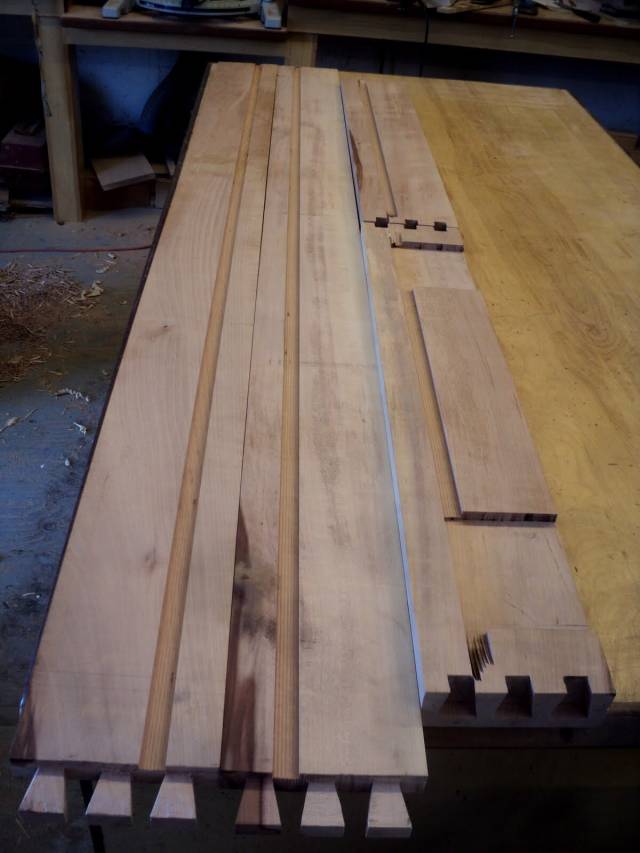 This was actually done prior to the plywood layup in the last segment of this blog and that is the order I would recommend but I thought it would be easier to describe if I explained the plywood assembly first.

After reaching this point and dry fitting the assembled top inside the rails I left this part of the job and moved on to the leg construction.

That’s the next segment.