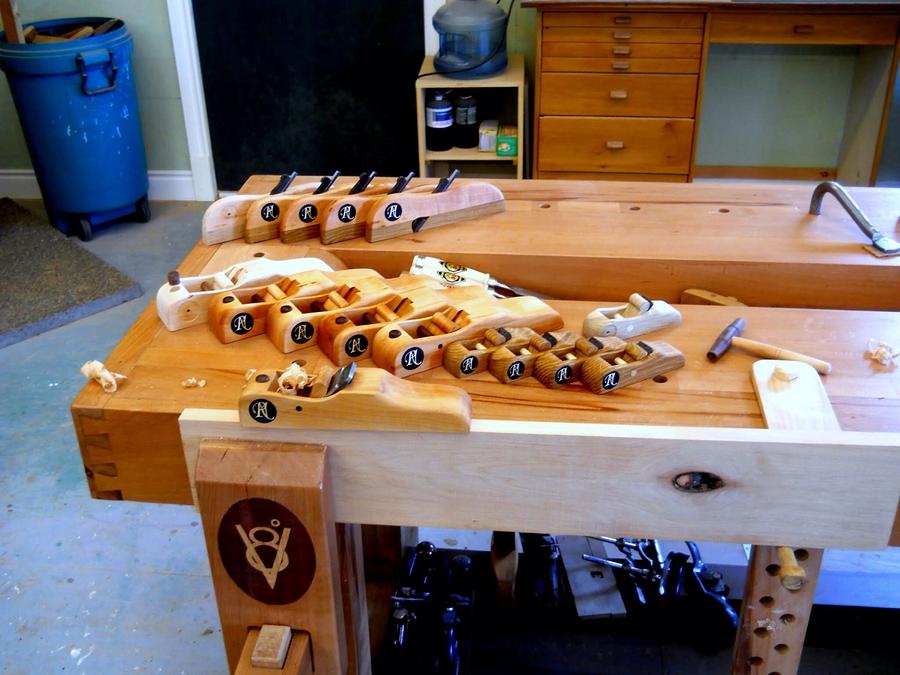 After receiving favourable comments on the planes I built for my Canadian shop and with the encouragement of some forum friends, I decided to take the plunge and build a few sets for sale. Each set will include one each of the three shown. The blades are from Ron Hock at Hock Tools and the woods in the current batch are my local Vancouver Island Arbutus (Madrone) and Garry Oak along with accents in Queen Ebony (Tubi).

One set is already sold and one set has been sent off to a friend for a “second opinion” confirmation that I’m on the right track. I like them a lot myself but it’s hard to be objective about your own work.

If things work out I’ll offer options of owner’s initials on the opposite side from the maker’s mark and a custom (marquetry) box to keep them in.

If I hadn’t bought my new planes awhile back I would probably buy these from you Paul. I know that if you are satisfied with them that they must be excellent and the shaving in the photo bears that out.

I’d love to see a display photo in the box.

I won’t be making boxes on spec Brian but they would be along the lines (although not as elaborate) of mine. 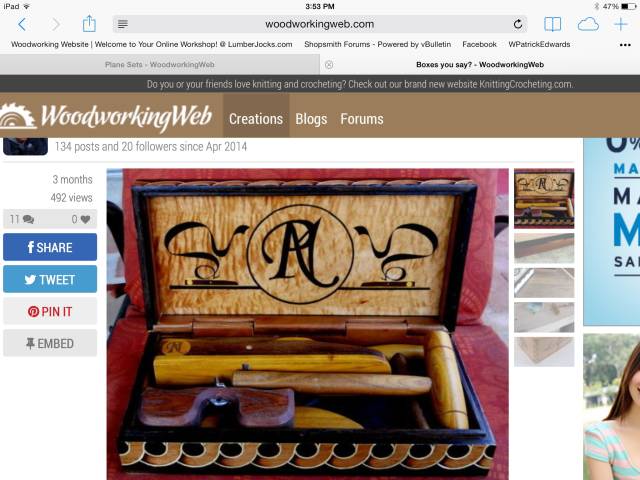 That’s beautiful. Excuse the noob question, but what is the hammer for?

These are beautiful. You could probably have a wooden plane business…but that would probably take the fun out of making them.

Paul,
Magnificent plane set, and I love the box. I don’t see any way it could be improved.
Roger