Building Some Chevalets, a Class Action #1: Wood Gloat and a Little Glueing

OK, I’m a little impulsive but I work quickly so maybe I can pull this off. I’m showing my jewellery box at the Sooke Fine Art Show in a week and will be doing four hours of chevalet / marquetry demos there as well. When I have done this in the past I have always had inquiries about classes which I have always put off because a) I didn’t feel I was good enough or experienced enough to teach marquetry and b) because to teach this kind of marquetry to a class of more than one I would need more chevalets.

To point a) above, the jewellery box has changed my perception of my abilities and I now feel that I have something to give in terms of basic introductory marquetry as practised on the chevalet.

To point b) above ……. How hard can it be to build a few more chevalets?

Fast forward to last night when, cruising the “Used Cowichan Valley” listings I spotted an ad for some “sweet” full dimension, rough Douglas Fir in 2×6, 2×8, and 2×10 ……… for a buck (Canadian buck) / fbm. I figured that if I bought twice what I needed I would be able to get the pieces I needed if it wasn’t too bad.

I’ll let you be the judge. This is the load I picked up this morning. It is just over 300 fbm and cost me $300.
It is almost all edge grain and has large clear areas with only small tight knots elsewhere. 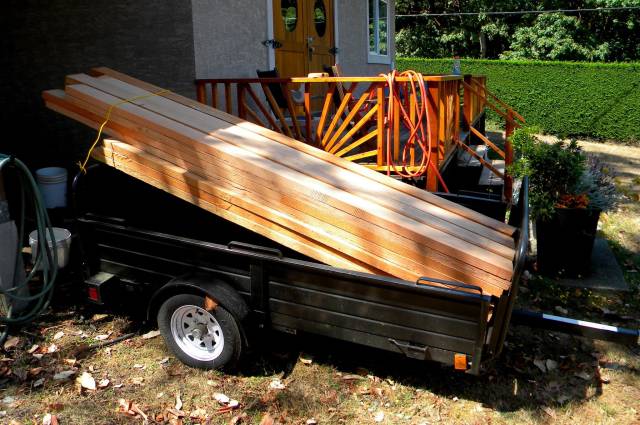 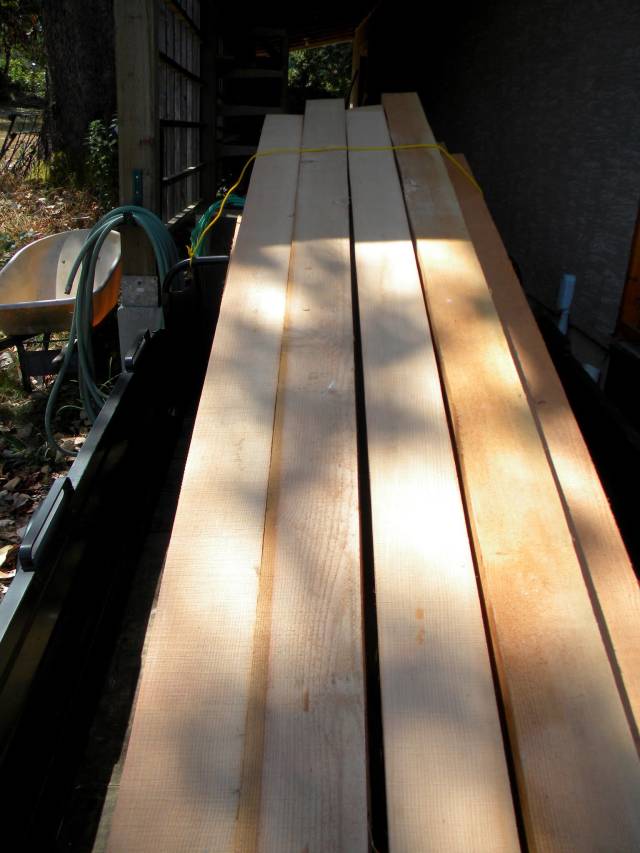 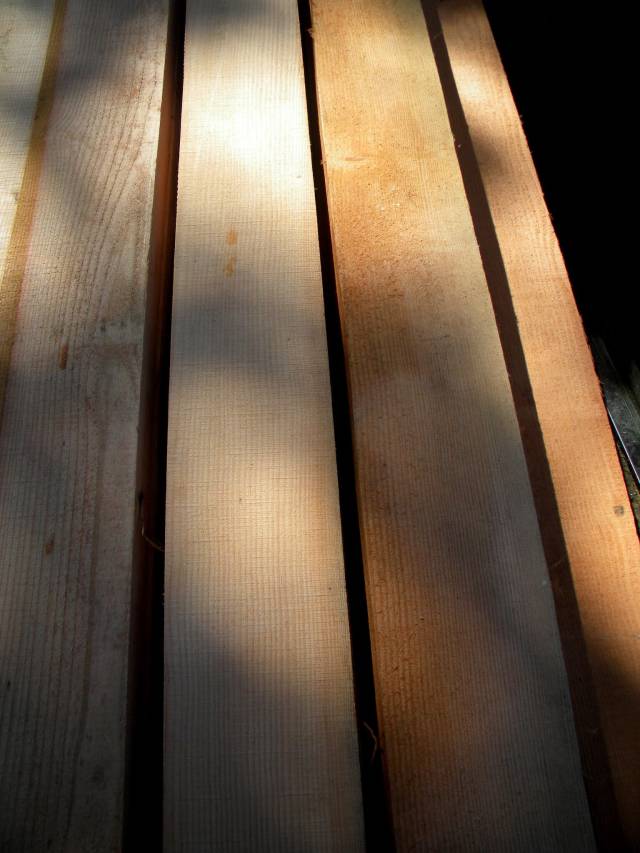 This is the first board off the top after a quick run through the planer. It is still
1 7/8"" thick. 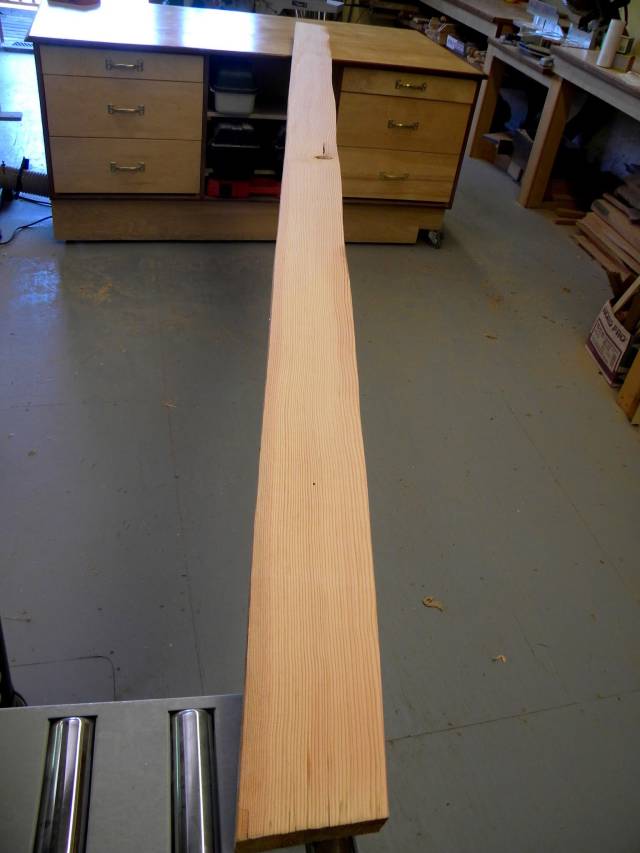 After about an hour’s work, I had the pieces cut for four bases, four columns and four face plates. There was very little waste. This only used up two 2×8′s and two 2×6’s (10 footers) 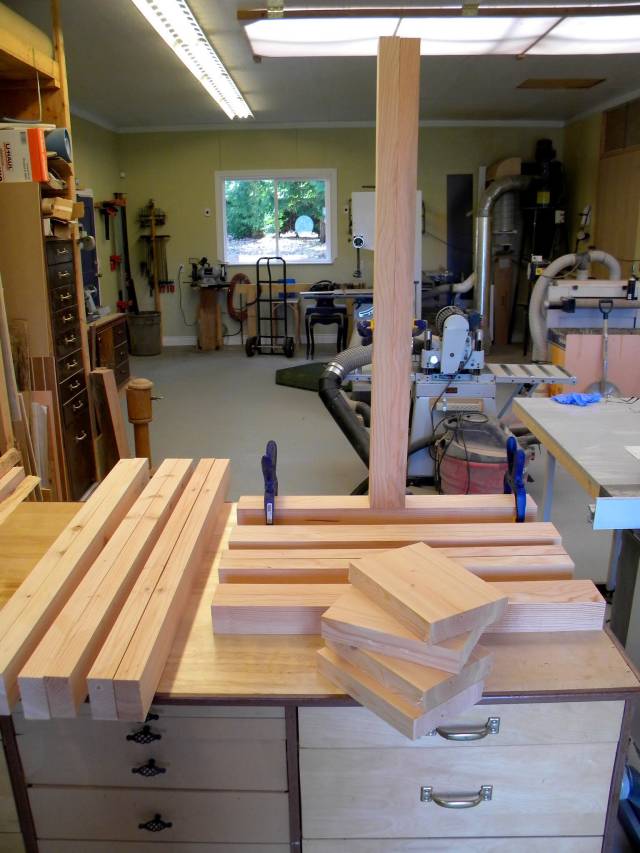 When I quit for the day I had about two and a quarter hours in and had the column halves and base halves glued up as well as the face plates completely dadoed. ……. (Yes, I know. Some of you will be on my case for using pva glue but it’s cheap and I don’t need any of the special qualities of my preferred hide glues.) 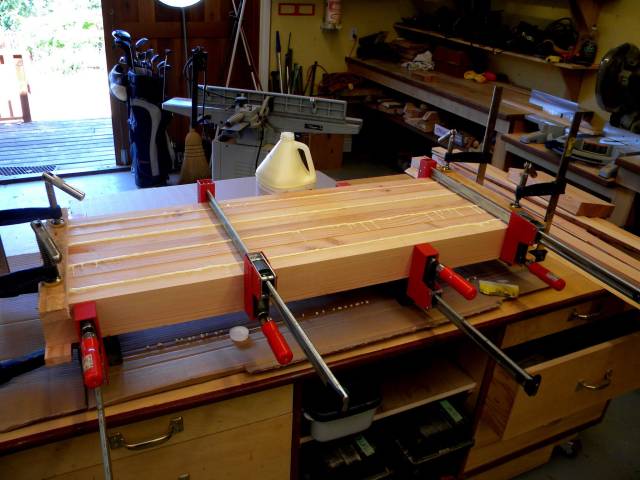 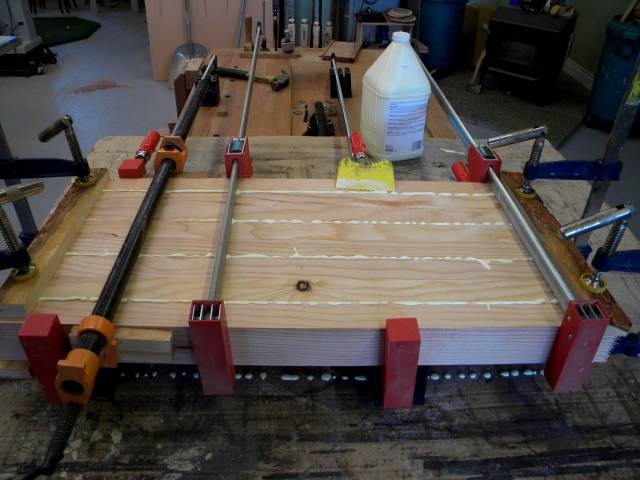 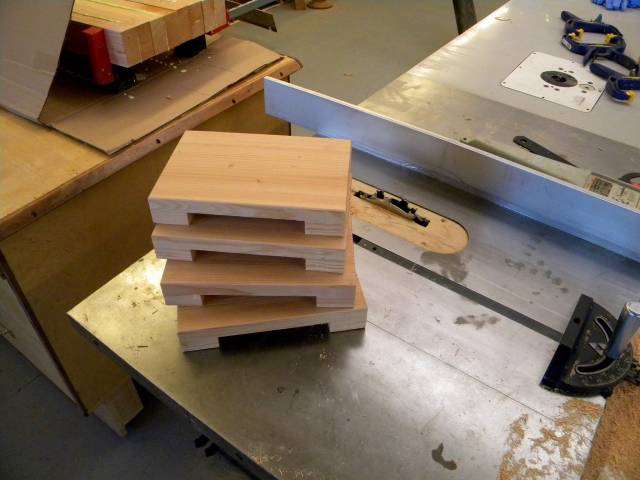 My hope is to have these finished in time to conduct a class or two before I go back to Az for the winter. Actually I would like to have one on display at my demo next Saturday. Who knows maybe no one will even ask this year…..

View all parts of Building Some Chevalets, a Class Action »

I think the piece and your story about woodworking will attract a lot of students.
“kids” feel comfortable with a competent teacher.

I’m pretty sure that if you had requests at other showings, with the jewelry box they should be lining up out the door. Then again, that piece is so outrageous and sensational, it could be overwhelming or intimidating to prospective students and cause them to shy away. I hope it’s the former. Good luck with the classes.