Building Some Chevalets, a Class Action #3: Lots of Parts, Lots of Joinery

I guess I got lots done today although I didn’t get as far as I wanted to. (Do we ever?) There have been enough blogs on chevy construction and I’ve got lots of pictures so I’ll keep the text to a minimum and let the photos do the explaining.

These are the cheeks for the sides of the columns in way of the arm clamps. I band sawed them to save time. 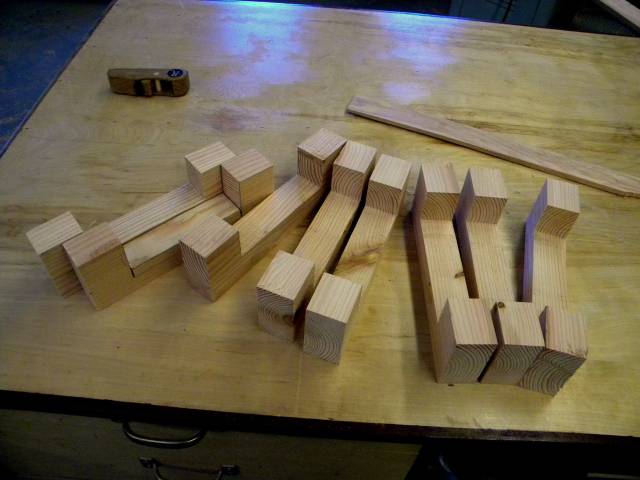 Then, before I glued them on, I cut the part catching gullets on the column tops. 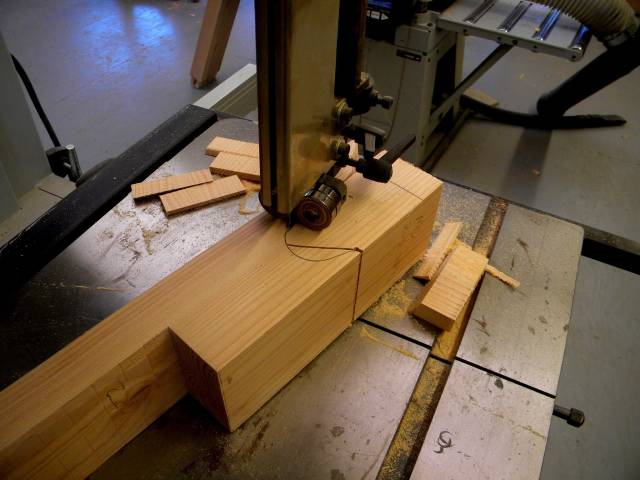 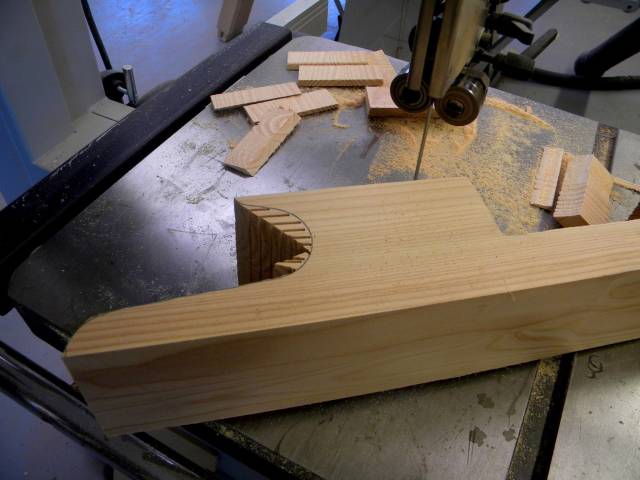 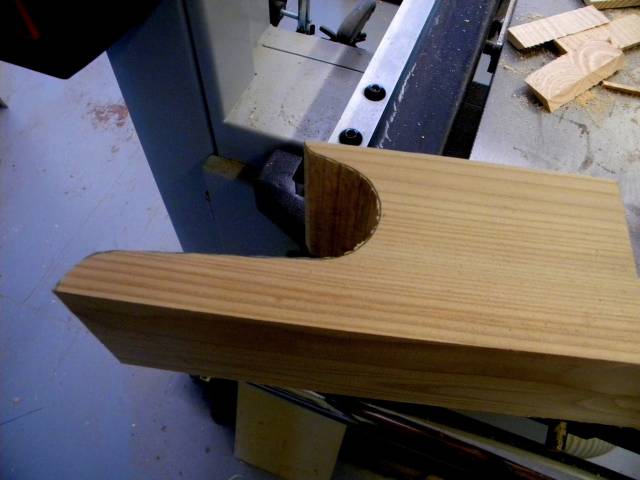 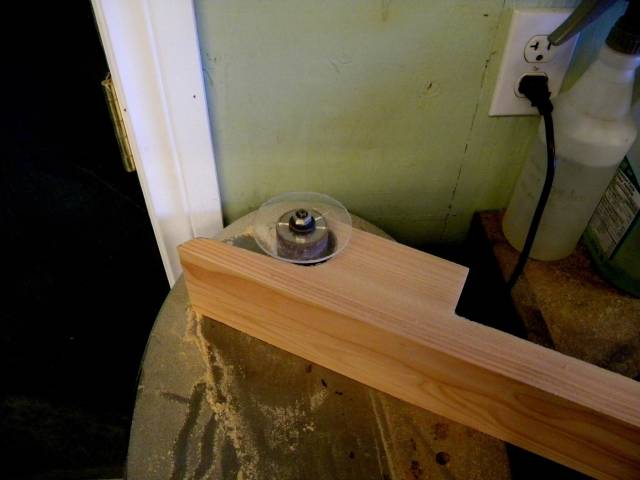 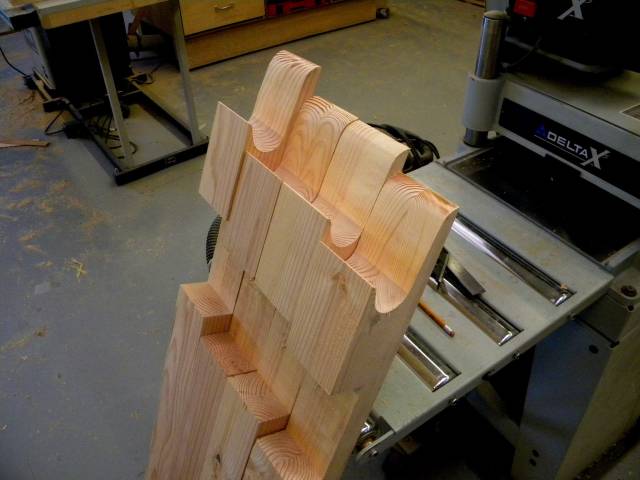 *While I was in the * band sawing mood I cut the end details on the bases. 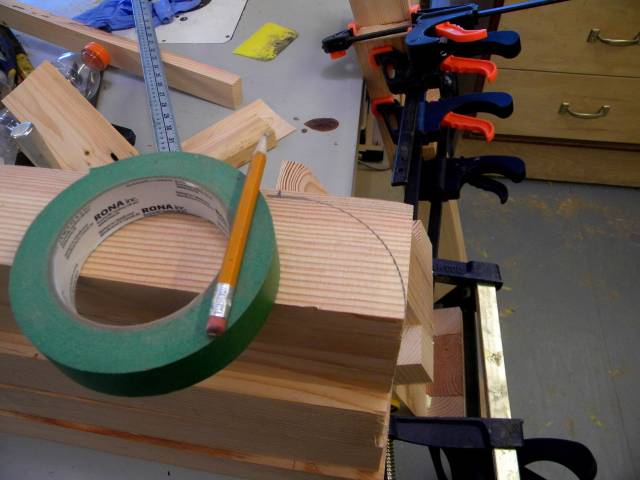 These are the carriage logs and posts cut to size. 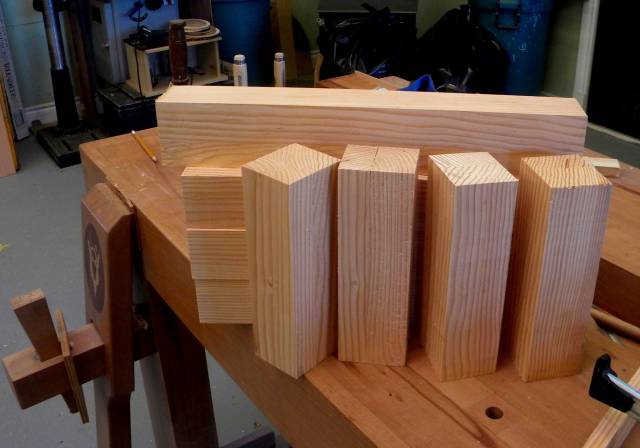 … and with a little joinery. 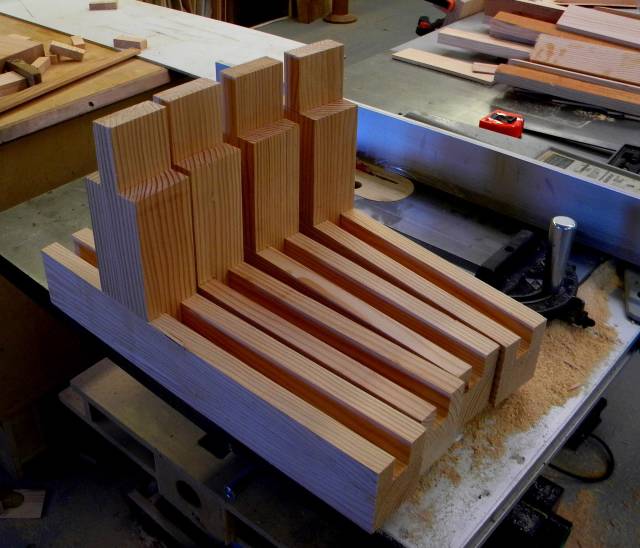 Pitch seams come with the territory with Douglas Fir. I just buried them. There were about five or six. 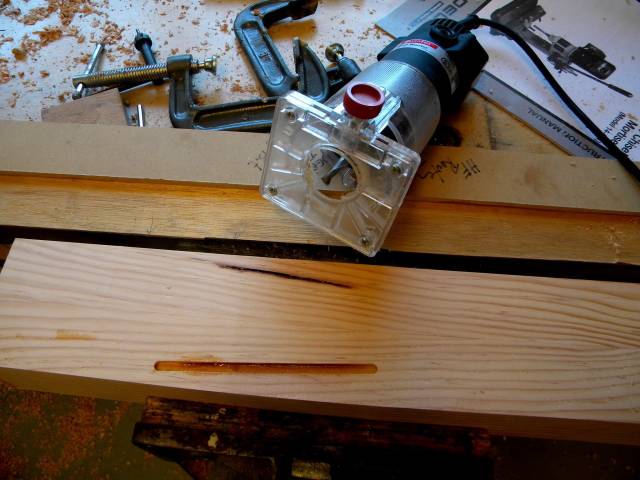 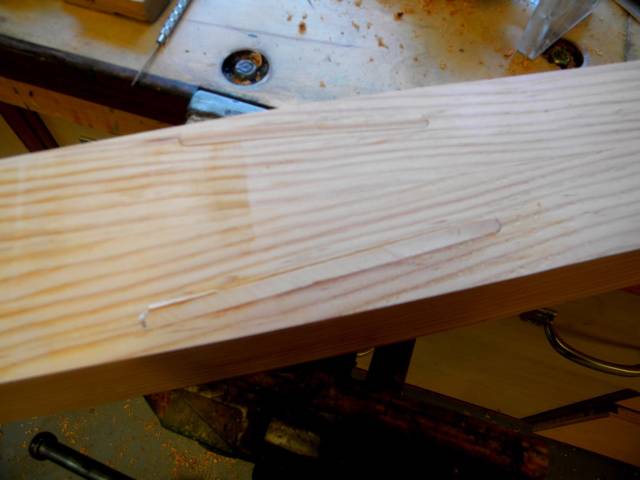 These are the four sets of seat parts. 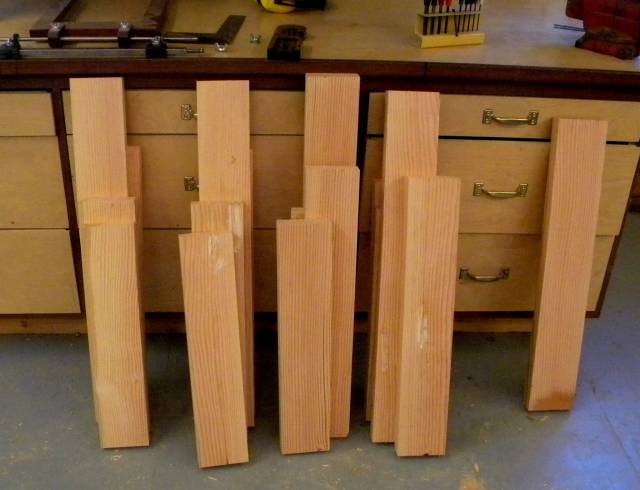 Here’s a clamp-up of where I got to today. I have four of these. The joinery is “off the saw” and can be adjusted but it’s not bad for Q&D. 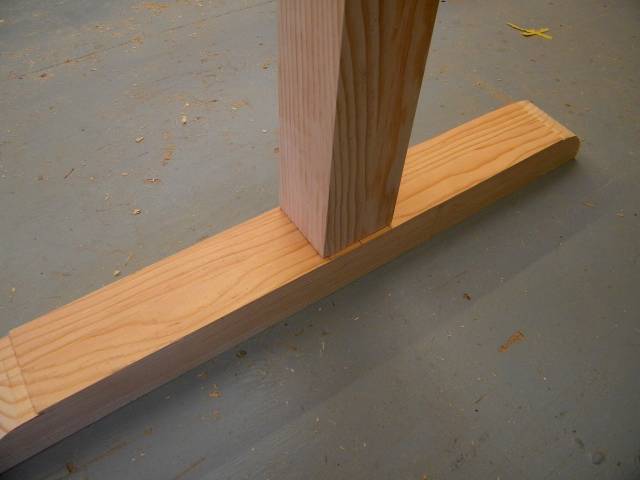 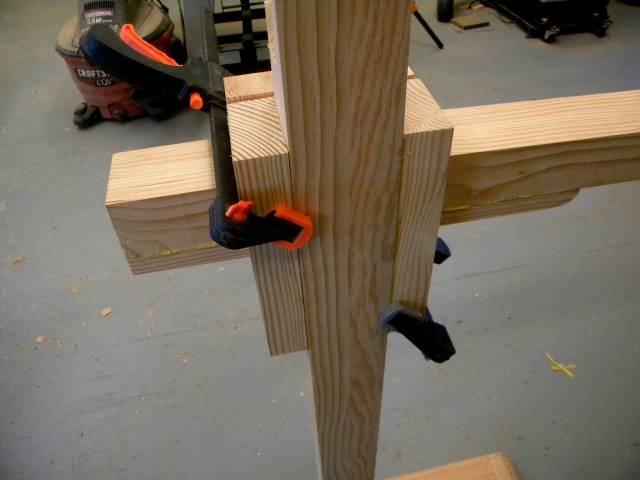 That’s it for today. Maybe tomorrow I’ll get the shot with a seat attached………..

View all parts of Building Some Chevalets, a Class Action »