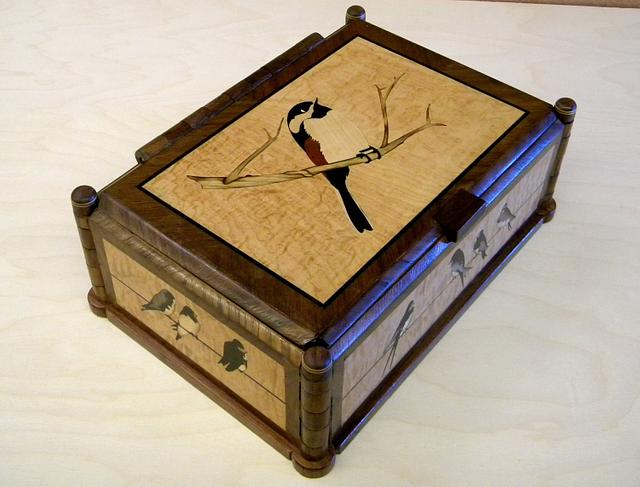 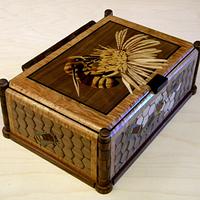 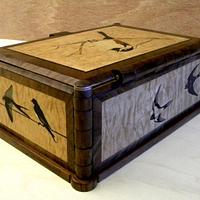 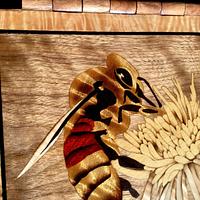 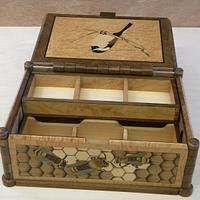 This box is a prototype that I made to find where the problems would be in taking my previous reversible boxes to the next level. The plan is to eliminate the edge of the lid which, if square, is seen in both configurations. The solution seems to be to make the edge a point allowing opposite colours on the two versions to be continuous with the sides. Lets just say …. I learned a lot. It isn’t as easy as it looks on paper.

The marquetry here is done with thin commercial veneer and isn’t finished very well at this point (and may never be) but the lessons learned will, with a little luck, make the next one worthy of the thick sawn veneers I will be using on it.

I did a little video to show the workings a little better. Have a look.