To lay some groundwork for this week’s theme of marquetry I thought I might post a blog I did a while back detailing the different styles of cutting.

First of all, let me say that these are all methods for sawing marquetry. Knife methods are not something I have much experience with and while they have similarities I won’t include knife cutting here.

Double Bevel Marquetry refers to the style wherein two adjacent elements are placed one above the other and sawn on a bevel. The bevel is calculated to permit the upper piece, when the offcuts have been removed, to drop into the bottom layer to match bevel face to bevel face with no kerf. This might be a simple shape cut from a background, where the piece drops into the hole left in the field, but in more complex pieces it becomes a “piece by piece” build up of many elements.

In the first photo, the elements of a Maple leaf have already been double bevel cut to make the composite leaf blank. They have been laid out on top of the Bubinga pieces that will be the field. The margins of the leaf have not been cut. 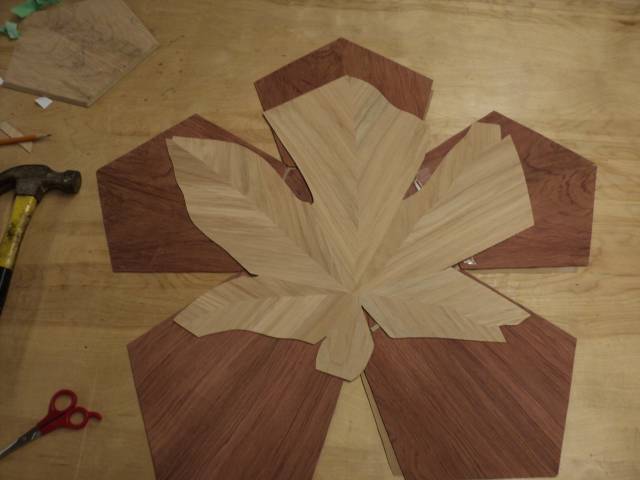 Here the pattern, in this case a photo, has been superimposed over the wood elements. 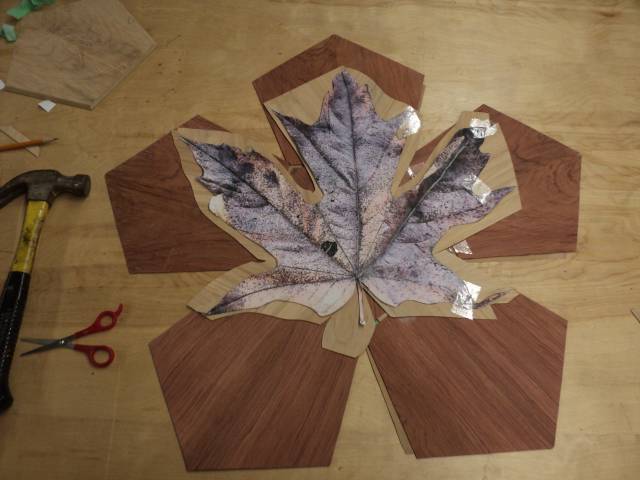 With the saw set at about eight degrees (for this thickness of veneer) the pattern is cut on the centre piece. 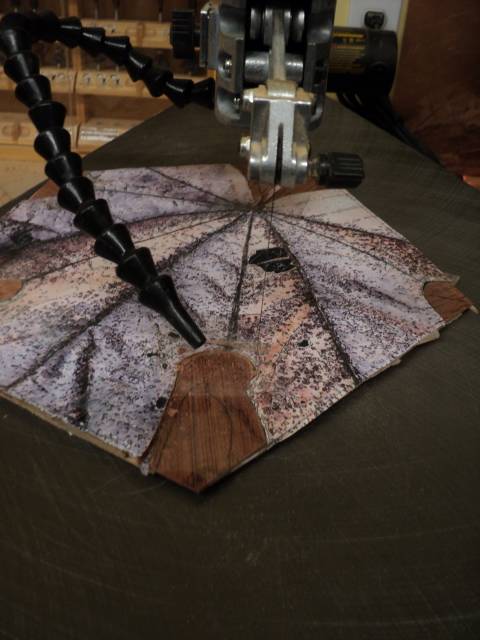 Here the leaf has been “dropped” into the Bubinga background with no kerf and a perfect fit because both pieces were cut at the same time. The piece on the right is the discarded part of the field piece. Think of it as all Bubinga. I just didn’t want to waste it so I made the field piece out of Maple and cut Bubinga in where it would be needed. 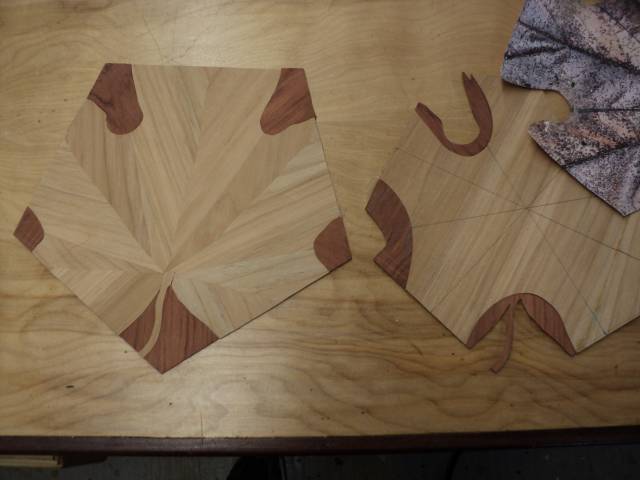 When you finish up a double bevel piece, you have one only motif but with no kerf gaps and perfect fits. It has a lot to recommend it. 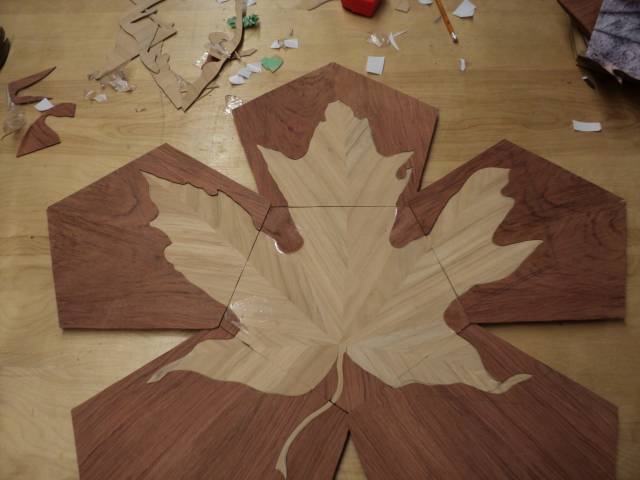 These shots were taken during the build of this piece. 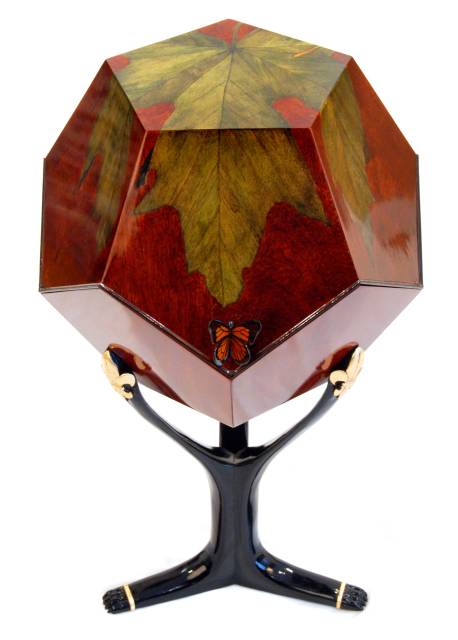 Sorry Ian, it’s just trial and error but obviously the thicker the veneer, the lower the angle (closer to square). Just stack a couple of pieces of the veneer you will be using, cut in from an edge, and cut a little circle. Drop the top circle into the bottom hole and adjust as required.

Thanks for posting this series Paul.
The double bevel seems to be the most forgiving and I am thinking to try it.
do you know the method/formula to figure the angle from the wood thickness?

True Mike, and I’ve tried DB cutting on the chevy. It is a real pain in the butt and doesn’t work very well. It requires angled blocks in the jaws. Definitely not worth it, especially if you have a scroll saw.

After seeing the very small kerf produced by #2/0 blades I not longer see the need for doing double bevel cutting, but it’s always nice to have the option available, but I would prefer to do this type of cutting on my Excalibur. Also there is no need for this technique on the Chevalet when classic style cutting can be done.