This style is named for one of the great masters, Andre-Charles Boulle (1642-1732) and it differs from double bevel style in several ways.
In both Boulle style and Classic style, which I’ll cover next, it is imperative that the blade is at exactly 90 degrees to the work, both vertically and horizontally.
Also in both these styles cutting is done in a “packet” of veneers rather than piece by piece as is done in double bevel. This results in several pieces of identical shape on each cut.

In Boulle style marquetry a packet is assembled with one layer in each of the colors that will appear in the finished motif. 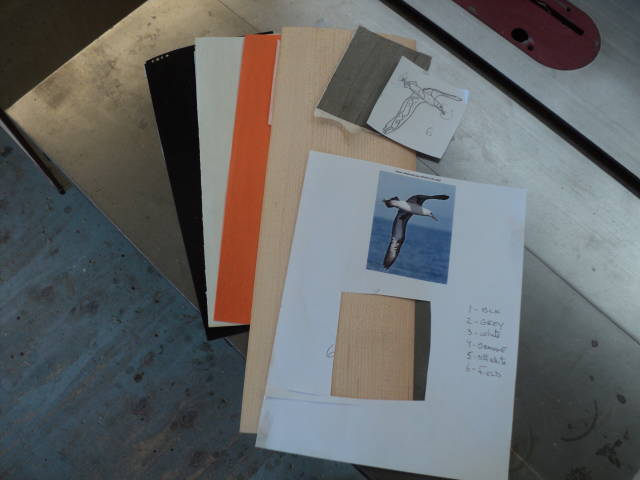 The pattern is affixed to the top of the packet and the cutting is performed at 90 degrees resulting in one piece in each color, of each shape. 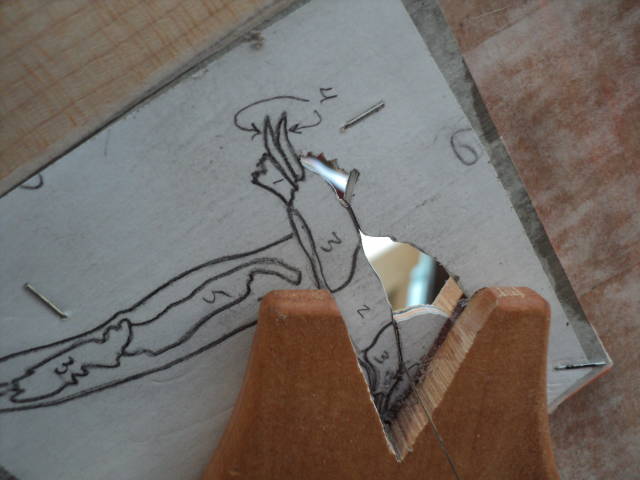 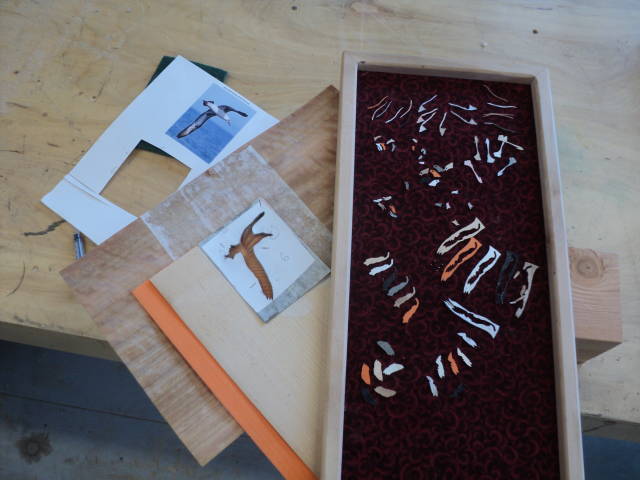 The primary motif is assembled in it’s field veneer, which was one of the layers in the packet. At this point it will appear backwards because it is always assembled glue side up and is held together by veneer tape or a backing paper on the good side. 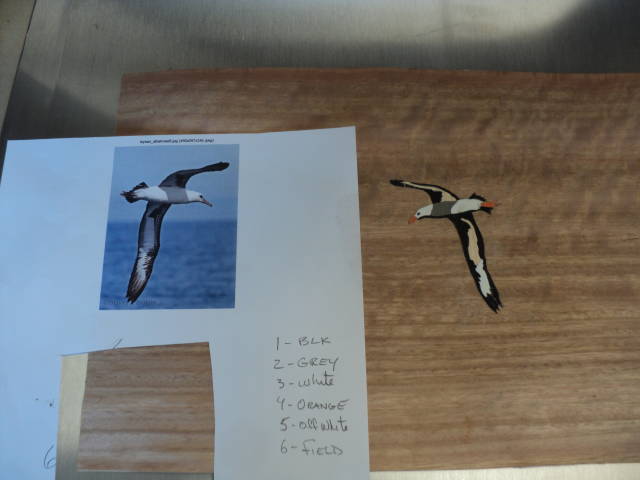 After the first motif is assembled there will be enough pieces left over to make as many more motifs as you used layers. This is not always a very useful set of parts. In motifs like the albatross here, you’ll only get one that looks real. The others may not resemble anything to be found in nature. 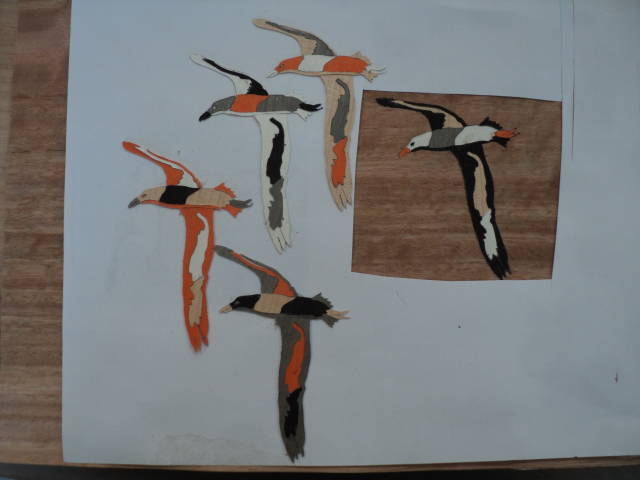 On the other hand if you are doing a geometric pattern or a graphic, both or all may be useful. It was common in the eighteenth century to make a “contre-parte” piece with the negative pattern. That is why you sometimes see pictures of two tables, for example, that are almost identical but one is dark on light and the other is light on dark. 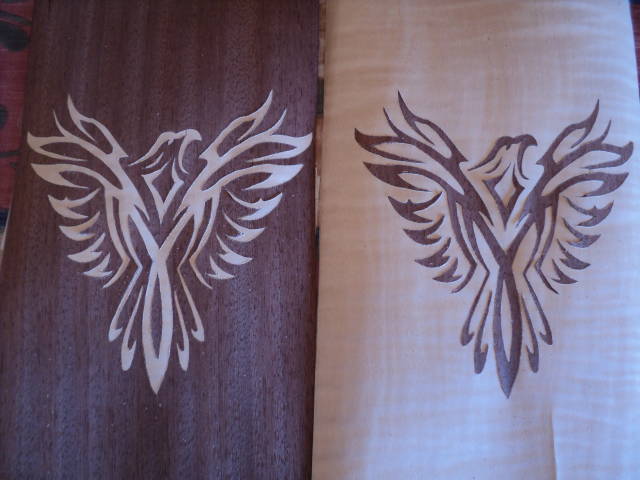 Boulle style cutting almost always means that you will have a saw kerf, but with the extremely small jewelers’ blades used for this work and the judicious use of a little appropriately colored putty, they are very easy to hide. I say almost because in some motifs, particularly geometrics, it is possible to “compress” the pieces. In this case however the field piece, if there is one, must be cut separately.

That’s it for Boulle style. This has not been nor was it meant to be a definitive “how to” on the style, just a description to distinguish it from the others.

Next time the Classic style, where you really have to be good.