I just posted my new table saw sled, inspired by kiefer’s versatile version. There is a problem, however, with using such a sled on a ShopSmith and that is simply that because on a SS the table tilts, the line on which the saw blade intersects with the plane of the table top moves as you change the angle. 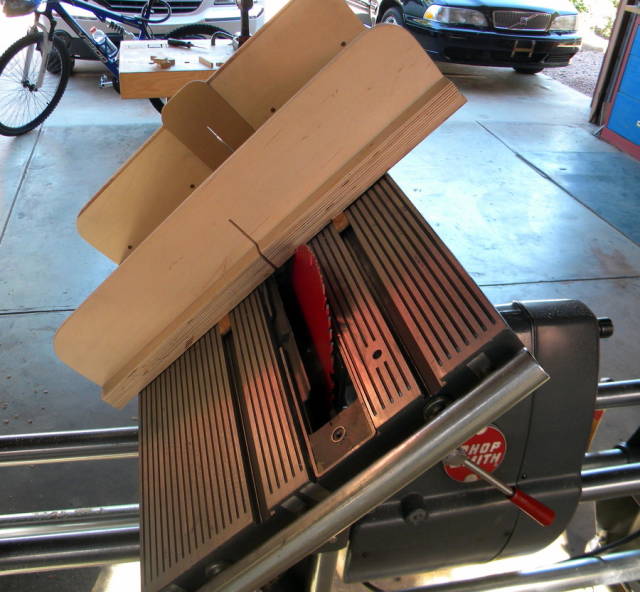 My solution was to make a 45 degree ramp to fit my new sled. I have made these before as stand alone jigs with a miter slot fitting strip on the bottom but this one is part of the new sled and fits right in, in either of two orientations.

It could be made adjustable quite easily and if I ever have call to accurately crosscut angles other than 45 degrees, I may do that but for now a really accurate 45 is all I need. 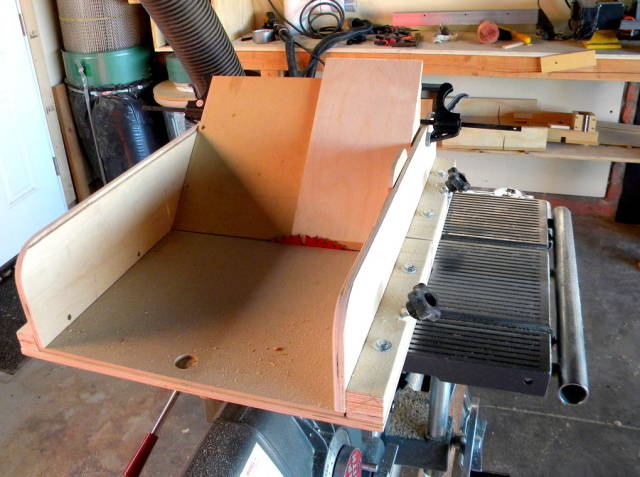 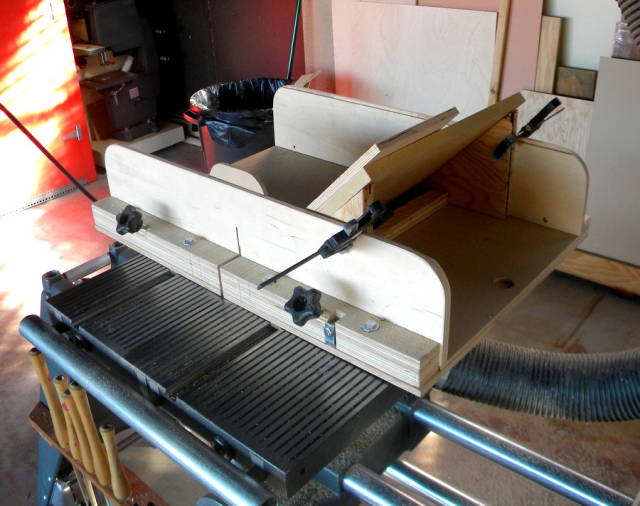 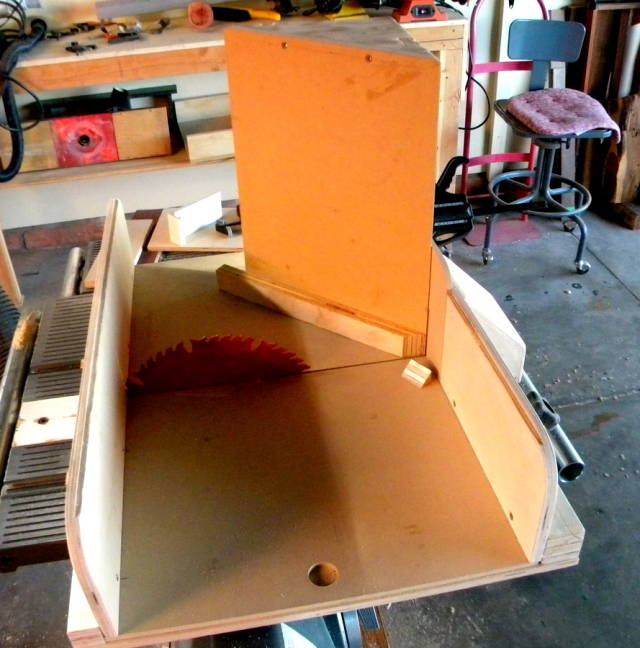 As these pictures were taken before the sled was finished, here’s the finished version. Lack of organization seems to have got in the way of a finished shot with the jig. :-) 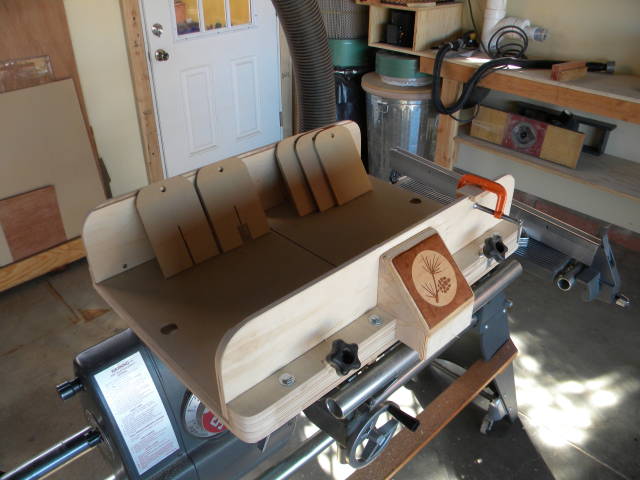 Here’s an earlier version on my trusty old 10 ER back home on Vancouver Island. 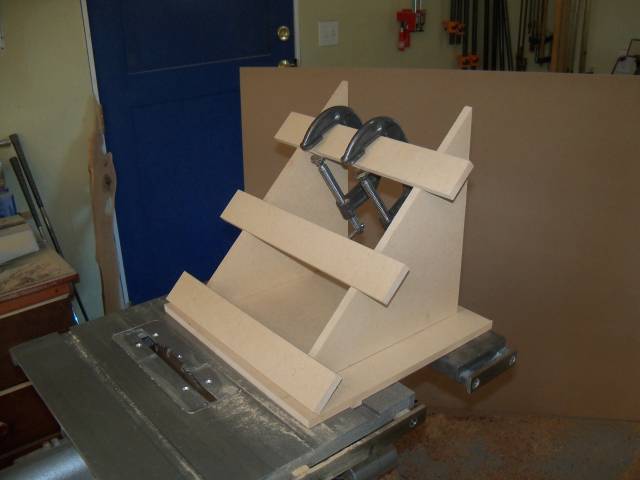 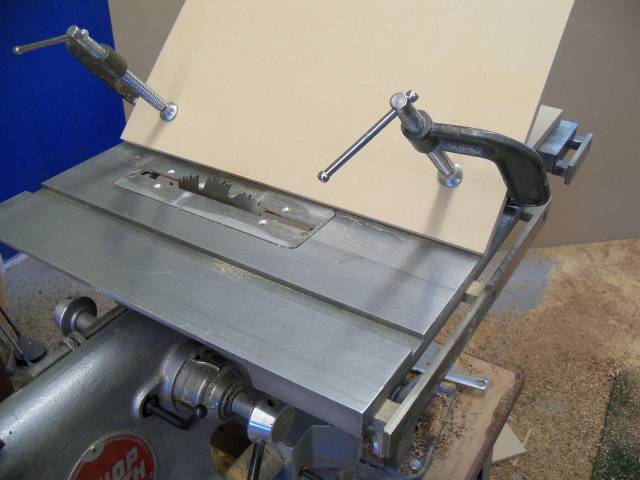 View all parts of Simple Jigs and Techniques »

Thanks. I inherited my fathers shopsmith when he passed away. I have always shied away from using it for beveled cuts because of the problems associated with boards falling into a spinning blades and resulting kickback. The sled should go a long way in making it safer when equipped with clamps to hold the piece. May need to modify it somehow to accommodate the clamping devices, but I am going to think about that for a bit and see what I can come up with. Maybe using some of Festool’s clamps and simply drilling some strategically placed holes.

Good question. So far the pieces have been easy enough to hold securely with my hand but I will be getting a deep C clamp. One should do it as the edge of the piece butts firmly against the front of the sled.

Here’s a little upgrade that may make you smile. 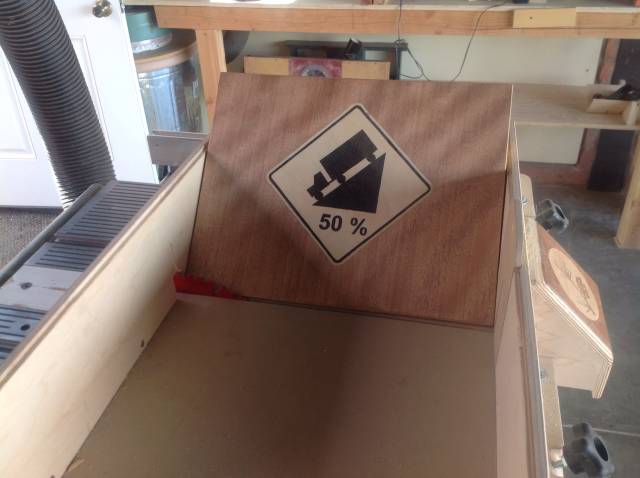 Shipwright… how do you deal with the tendency of the wood being sawn from sliding down into the spinning blade at the end of the cut? Do you clamp it and if so, where do you attach the clamps on teh jig to hold it all fast.?