A STORAGE SHED FOR MY BBQ GAS GRILL #9: Hanging the Doors

I didn’t get as much done as I thought I would today. I’m not sure why, but I think it had something to do with the sun, which made an unexpected, but welcome appearance. see below 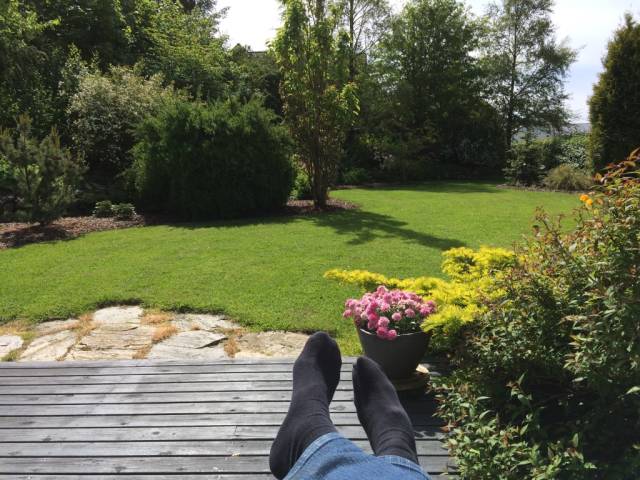 Ok, back to woodworking. I was trying (not very hard) to get my doors hung up today. I made a couple of moldings for the front face of the shed sides to attach them to. Instead of nailing on the moldings first and then doing the mortises I decided it would be a lot easier to do them in the shop, on the bench so here I am doing that. Basically the same routine as last time, I located the mortises so the door bottoms would be a tiny bit higher to provide clearance. see below 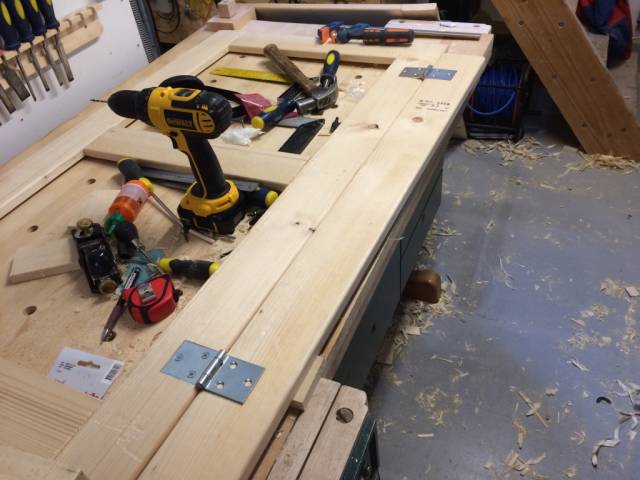 So here are the two moldings with hinge mortises finished and temporarily attached to the doors. see below The next task was to nail on the moldings so I could screw the doors on and see the result. I just used a couple of nails to attach each of the moldings and leaving the nail heads proud of the surface so I could easily remove them in case anything was wrong. Then I mounted the doors. They fit and worked perfect as you can see. The very small gap at the bottom between the doors is due to the terrace boards being slightly lower on the right side than the left. I will be leveling the shed as part of the finishing work and that will eliminate the gap. You can also see a gap at the top of the hinge moldings. I will be doing something decorative there. see below 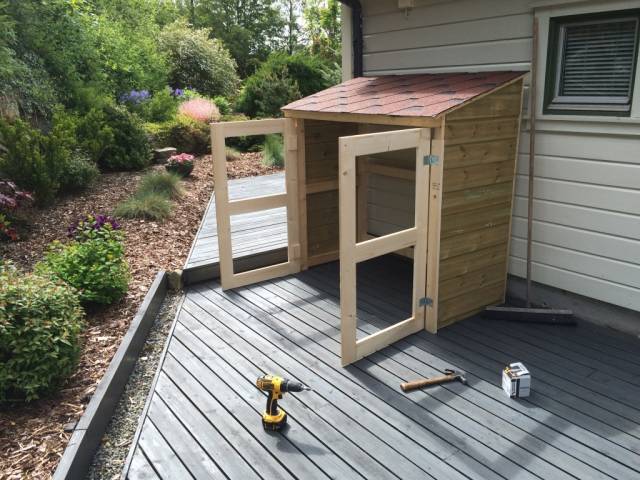 After the relief that everything was working the way it should, the doors were dismounted, and the moldings were permanenty nailed on. The doors were returned to the shop so I could cut and install the panels. Here is the first door finished. The panel quality is awful, but it’s all that is available here. It must be third grade stuff. I will probably have to do some plugs for those really bad knots. see below I’ve been having so much fun with this little project that I almost hate to see it end. Thanks for following along and have a good weekend!

Thanks Jay. I just hope we get some summer weather to grill in. So far that hasn’t happened except for a couple of days so far and they are predicting a cold July here.

Thanks everyone. I have been lucky with my measurements on this project. Before beginning I bought a new tape measure. Normally I buy the cheap ones, but this time I got a high quality tape and it is a real pleasure to use. The lock actually works very well and the case is nicely squared at the back to give accurate reading when you take inside measurements and have to include the length of the tape case. It was well worth the high price.