1. What is your “inspiration story” — where did your interest in woodworking all begin?
I guess my first encounter with woodworking was as a 10 year old kid and was when my brother in-law (a carpenter) took the time to help me make a go-cart out of wood. The whole process was great fun. The fact that you could actually have an idea and have it turn into what you had planned was amazing to me. My Father was a creative and talented person but not an experienced woodworker, so when I went into our basement and saw two end tables my father had made I was duly impressed.
Later in life as a young, newly married man, I found myself laid-off and had trouble finding work, so my father in-law, Stan Walker (a lifelong, fourth generation woodworker) who grew up in the sash and door business, asked me if I wanted to work for him and his son. I was glad to have an opportunity to work so I said yes. Looking back, I’m amazed at how patient he was since I seem to do many of the simple operations backwards (I have dyslexia) but never-the-less I eventually learned to do the simple task assigned to me. I did not work with him long enough to gain much in the way of woodworking skills but was totally impressed with how a master tradesman could take long pieces of un-milled wood and turn them into true works of art in the form of beautiful doors and windows that were installed in places like John Wayne’s home, amazing 12’ tall doors for churches and even strangely contorted windows and doors for Toon Town in Disneyland. I also saw how without thought, Stan would move effortlessly from one operation to the next and by his hand and tool skills. He did things like grinding all of his shaper knives on a grinder in just a minute or two and have them cut the exact profile he was after. He could take a handful of glazing putty and squeeze it just so he could apply it with his thumb as a smooth and perfect glaze on a window in a matter of seconds. Even after years of glazing windows myself I was lucky to glace a small window in a half hour or more and still not have it look as good as his. We lost Stan a few years ago and I really miss him. Stan was not only an artisan in his woodworking skill but one of the kindest, most loving person I’ve ever known.
Even though Stan remains in my thought as number one amazing woodworker, I cannot truly call him my mentor because at the time I developed a strong interest in woodworking, we lived too far apart and that made it impossible for him to teach me woodworking, although in his later years when he was physically unable to do woodworking, he lived on our property with us and use to say how great my woodworking was, a great compliment but still miles away from his incredible skills. 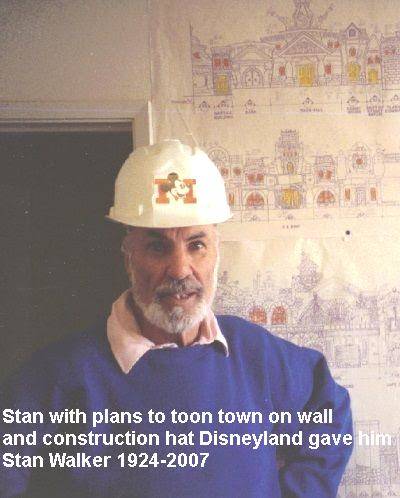 2. Who is your woodworking mentor and why?

As for having a mentor I have never really had a person close enough to mentor me, so many of my skills were from TV shows like Norm Abrams &,Roy Underhill, in addition to great books and magazines with authors like Tage Frid, Thomas Moser, Sam Maloof, James Krenov, Chris Becksvoort, Gary Rogowski, Mike Dunbar, Jim Tolpin, Frank Gottshall and many more. I have a library of over 600 woodworking books (no internet back then).These sources were my main source of woodworking knowledge for the first 20years. Almost 10 years ago I was looking at something totally new to me, You Tube. They actually had videos of guys doing woodworking. After looking around You Tube I saw guys that knew the same things I knew and some with far less knowledge then, too. I came across this guy named Charles Neil and thought, what the heck, I’ll watch one more video to see if he had anything new to add. All said and done, each one of his videos (close to 30 at that time) I learned something new. I contacted Charles and much to my surprise he got back to me right away and since then we have been good friends and he has taught me many things. After 20 years of woodworking I finally had a mentor. Since that time Charles has made many videos and teaches in person and on-line classes too. 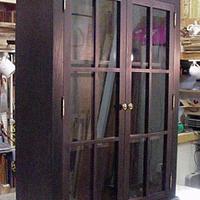 As to the question of hand tools vs power tools, I feel whatever works best and what you’re skilled at using. I have to admit to being a tool junkie and of the “Norm” generation so I have the propensity to go with “MORE POWER” HA HA HA” 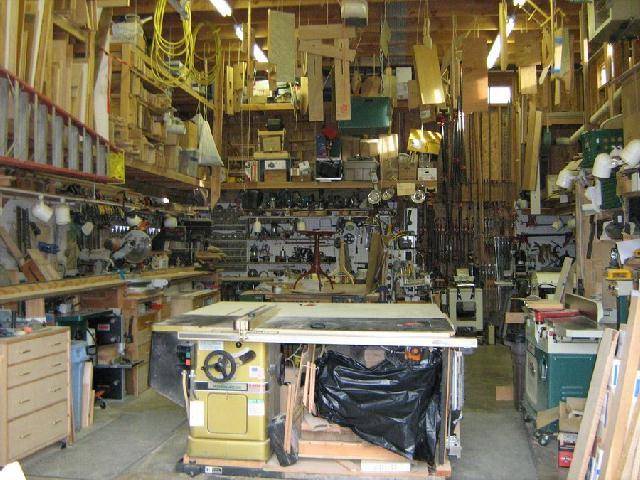 *4. What is your dream project and when do you think you will tackle the challenge? *
I guess if I have a dream project it would be a Bombe chest like those made by the old masters, but for now even if I had the time and funds for the great wood involved, I have no place to put such a piece once it’s finished. My house is only 750 sq ft and already full. This is the case with a couple of “mostly finished” projects I have now…where do I put it when it’s finished? So the question still remains, when I’ll ever be able to build my dream project?

5. What is the greatest gift that this craft gives you?
The greatest gift I think woodworking gives to me is an outlet to create and sense of accomplishment, even though I’m never really that pleased with most of my work, and to share what I know with others 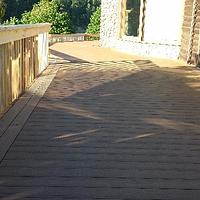 6. What are your “words of wisdom” that you want to pass on to others, especially to beginners?
Words of wisdom ? I’m not sure you can give words of wisdom unless you’re wise! I’m more of a wise guy!! But the best I can offer is, in the woodworking experience, don’t be too hard on yourself, take each mistake as a learning experience, challenge yourself with new techniques and projects. Learn from everyone, even those who do things the wrong way, then you can learn what not to do. Work safely, take your time; Don’t allow yourself to be distracted and if in doubt about how safe any operation is, ask others or explore a safer way to do it. 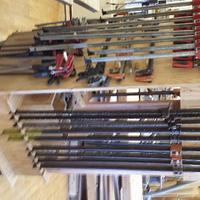 I enjoyed reading your story Jim. I hope in future you will have still more lots nice woodworking hours. And also that you share it with use. THANKS

Very nice interview. Jim is a great woodworker and a real gentleman always willing to help out his fellow woodworkers and I suspect many others as well. He brings a lot of good experience and sound advice which is a real asset to this site.

Great interview, what a great story about you and Stan. Next time I’m in Disney I will be looking for those doors and windows at Toon Town.

-- -- Paul--- Creativity is allowing yourself to make mistakes. Art is knowing which ones to keep. — Scott Adams

Thanks L/W You have a lot of cool projects yourself.When I built my shop I wanted to make sure I could stand 12’ material on one end if I wanted to,so I made the ceilings14’ tall,this comes in handy for hanging jigs up and whatever else I want.

It’s about time we got to hear your story! ;-) Thanks for sharing. I love that Debbie included lots of your fine projects here. Those tall ceilings in your shop cause some envy!