Up until now I had been laying out my painting in wood layers by hand using lines that extended beyond the edges of the veneer area and after placing the veneer on the drawing, redrawing them on it to indicate the cut out areas. This is basically the “old way” and it works very well …. most of the time. A drawing that has been used for this sort of layout looks like this. 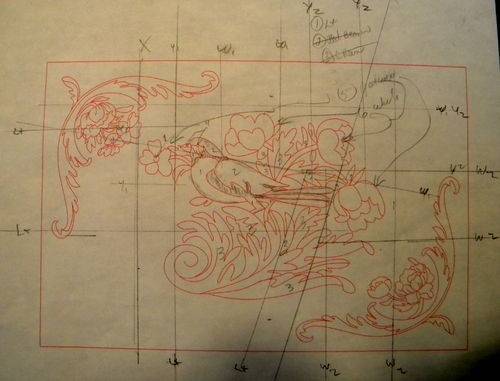 As this one was going to be large and somewhat complex, I decided to try another way. I retrace all my patterns in Inkscape anyway to create colour separations from photos or, in the case of patterns from books, to “clean them up” to be actually cutable …….. so why not throw in a couple of extra layers and make layout patterns for the different colours of veneer.

At the bottom below you see the pattern for the top of the jewellery box and above it are the printouts of the layers with the colours indicated by numbers. 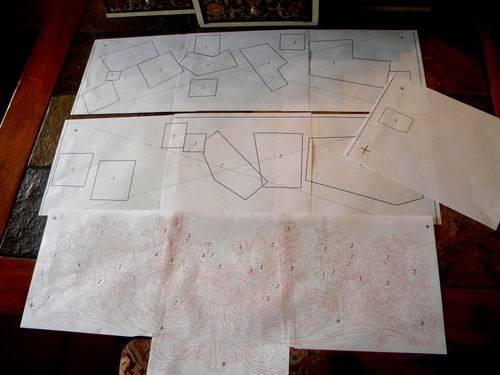 Here is a better look at how they work. The alignment and accuracy are perfect but unfortunately operator error is still possible. Even though clearly marked #2 on the pattern, the large square (lower left) seems to be marked #1 and I in fact made the packet up that way. If you look at the surrounding area on the layouts you will see that that makes for a lot of #1 (Araracanga) in that end of the motif. I did catch it when cutting and managed to fix the packet before any harm was done. I may show that when I do a segment on the cutting. 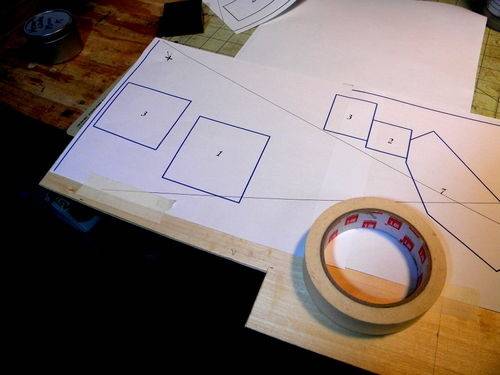 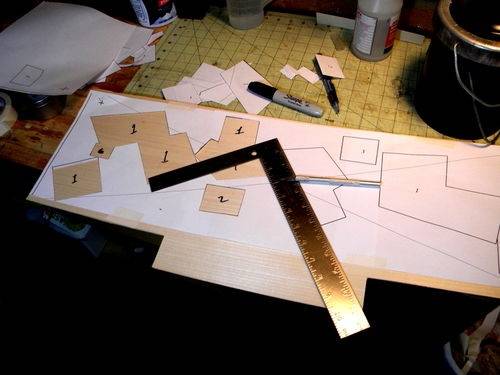 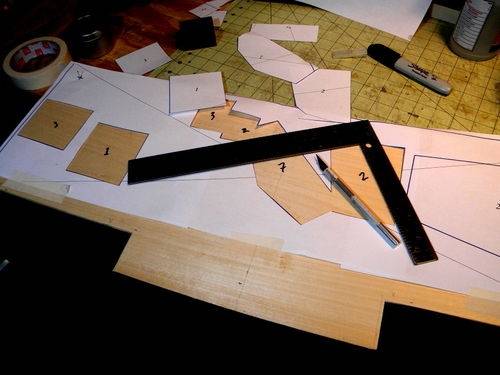 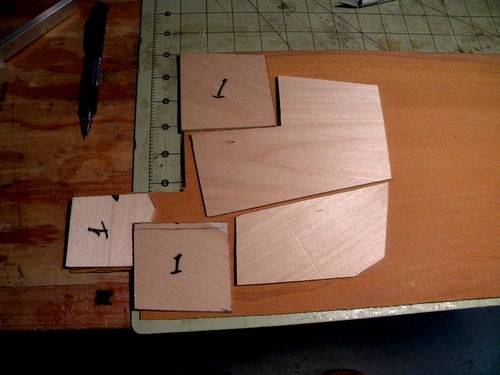 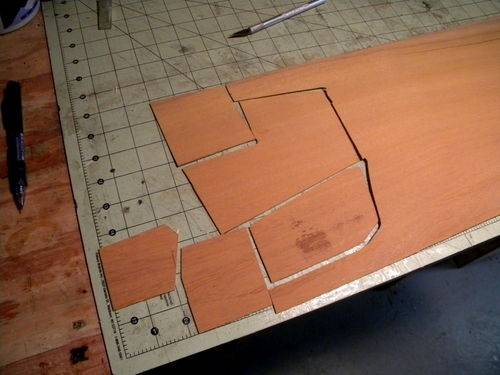 Here the layers are assembled 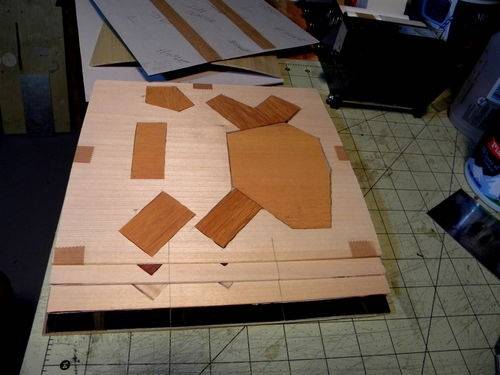 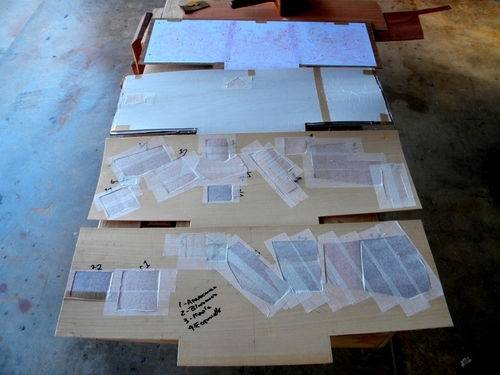 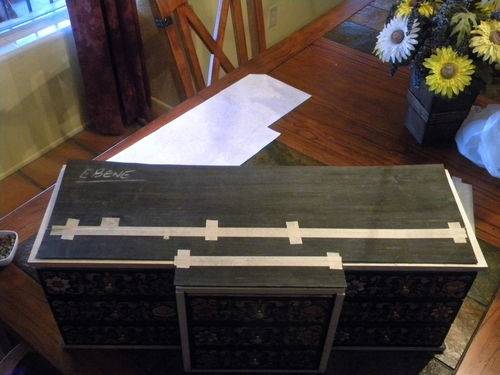 All the patterns and cuts were aligned with veneer nails located in holes at the corners of the original Inkscape layout. 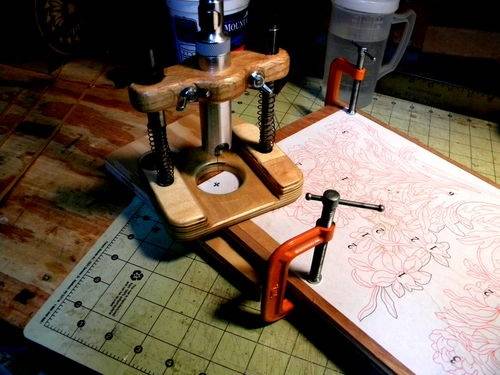 I’m into the cutting now and it will be a while before that is finished so this is it for tonight.
Pretty pictures next time, I promise. 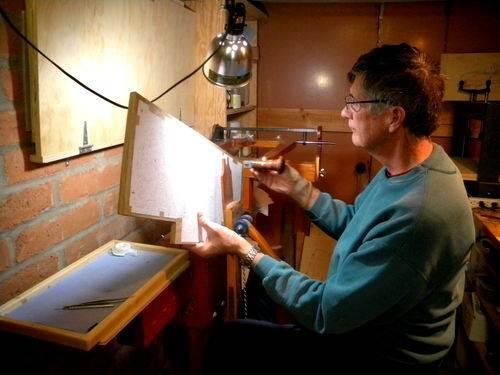 Good question. All of the exotic veneers in this marquetry are sawn veneers (1.5mm or 1/16") from Les Fils de J George in Paris. The ebony is certifiable pre-ban Gabon cut from the log at their shop.
You have to see the saw. I shot this video when I was there.
http://youtu.be/MFGfG7B8pIk
As I consider this material to be too precious to use for anything else, the inside box veneers, the back, and the bottom are 1/16" walnut which will be ebonized as will all the solid walnut parts.

Wow, that’s an eye opener but I guess that’s what the cad programs were really designed for. The people that design with cad everyday would probably roll their eyes as it would seem simple to them using multiple layers, especially in things like car design. Great thinking tho Paul, you are sure to get great results anyway with your skill, this will make things better for you the more you get used to using Inkscape.

That’s a good call Paul.
Layers in inkscape for layers in the packet.
It’s amazing how much time computers save us ( when they work properly).

I can’t wait to see the pretty pictures :)