No contest on my favourite tool but it’s a toss up which one. 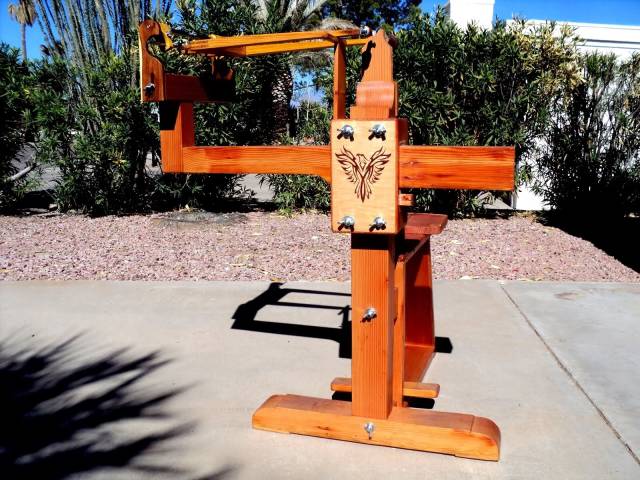 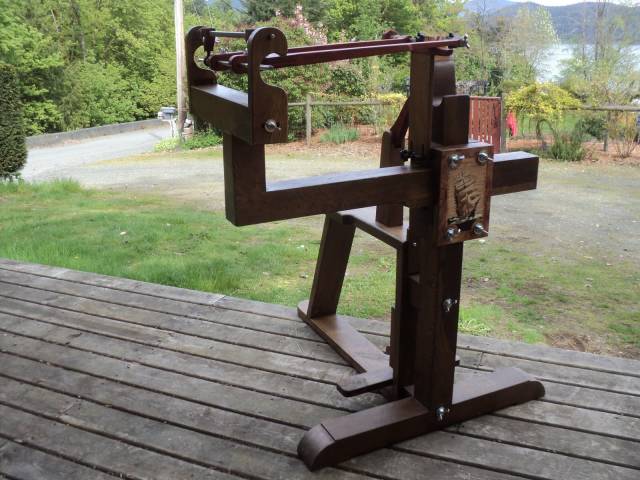 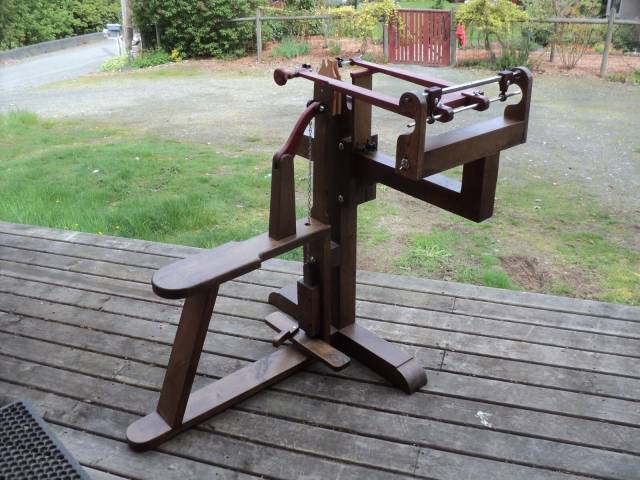 The term “64 Chevy” refers to the fact that both of my chevalets measure 64cm from the seat to the blade, the traditional size measurement for them.

The first one above is the first I built in Green Valley, my winter home. When I built it I had never seen one and worked from a few photos I found online. The second is the one I built as soon as I got home to my BC shop. For sentimental reasons, I think the nod goes to the old Douglas Fir chevy made from a bone dry old beam that I salvaged from a roof repair job.

Since building these my woodworking has been consumed by a quest to learn to cut good marquetry. Without these tools, I would be far behind where I am in that quest.

I realize that if you haven’t seen one it may be hard to visualize how they work so here are a couple of little videos that wil explain better than I can in words.

Both are great looking chevy’s Paul, but I like that you made one out of Pine as those who can’t afford the expensive hardwood will still be able to make one out of much cheaper, but very adequate Pine.

It was Mike with made me aware of this Chevy tool. He also was enthusiastic about the man ( I hope you know him) who helped him during the building process.
I don,t have a decent scrollsaw and sometimes I consider to build a homemade scrollsaw or a chevy. Problem is I don,t really have anymore room for it. So a foldind chevy would be my favourite.

You have a great collection Paul.
I have seen more of these in use. It’s like a “renaissance”.

You posted your plans on google sketchup wearhouse if I remember well.

Two trebuchet’ is just too much.
I love the idea but do not have the patience for them.

Paul as a boat builder I am sure that you know not to lose your temper.
As a teen and young adult I grew in Humlebæk Denmark and did an awful lot of sailing/racing. One of the boats was a S&S 34 footer, woodbuilt of course by my friends in their shipyard. This shop had several of what we called rueing chairs. To be used when a piece of wood would not do, what you wanted it do.
I am sure that your shop was outfitted the same, and therefore I know that you have a lot of patience.