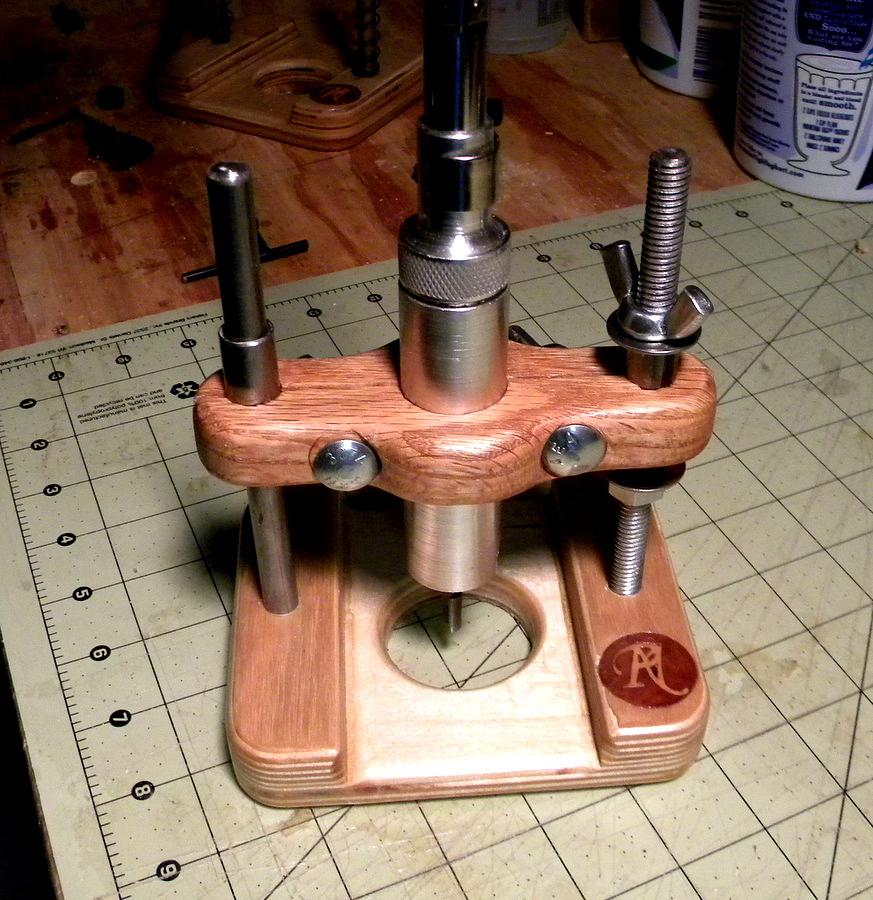 A few days ago I posted a precision drill I made for drilling very small holes in marquetry packets. A couple of friends had suggested the idea of using a Dremel style router base and they were one of the inspirations for the little jig that I eventually designed. The thing is that router bases and drills do different jobs and require different fittings.

Once I had the drill I started wondering how to make it work as an inlay router and quickly decided that the best way was to make a separate base to fit the same tool clamp. Now I have a very nice little inlay router and a really nice little drill and the cost to me because I had everything around the shop was nothing. If I had to buy it all it still would have been under $50.

Here’s a little video that I made to illustrate how they work.

That about tells the story.

This looks great but I’ll have to wait until I’m at a hotspot to check out your video. Thanks for posting it.