Thank you Len, Kendra, and Phil. I could not have asked for better, more enthusiastic first students.
The topics covered were the making of grease paper and assembly of packets, cutting on the chevalets, assembly of motifs, filling with mastic and finally pressing to a substrate. Of course all this was done with hide glue.

We used both hot hide glue and liquid hide glue (Old Brown Glue) and pressed some pieces with cooled HHG and a hot caul. The three motifs were assembled one each, on French kraft paper, masking tape, and self adhesive shelf liner to give a broad experience. They were also cut in three different thicknesses (1/42", 1/28", and 1/16") of veneer to give the same diversity.

When they were tired of cutting we took a break and did some hammer veneering.

Enough talk, here are some pictures. 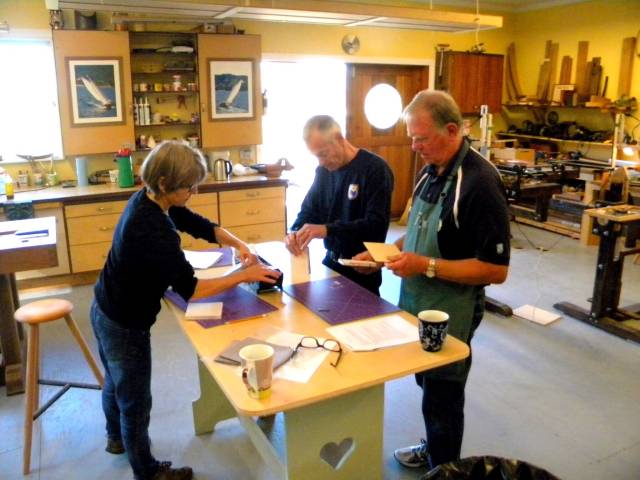 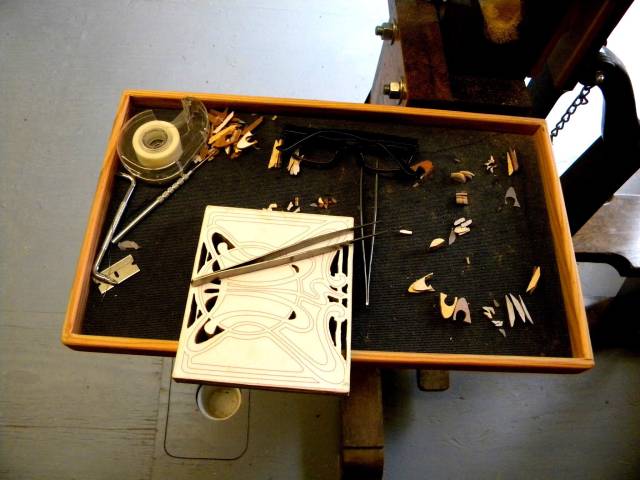 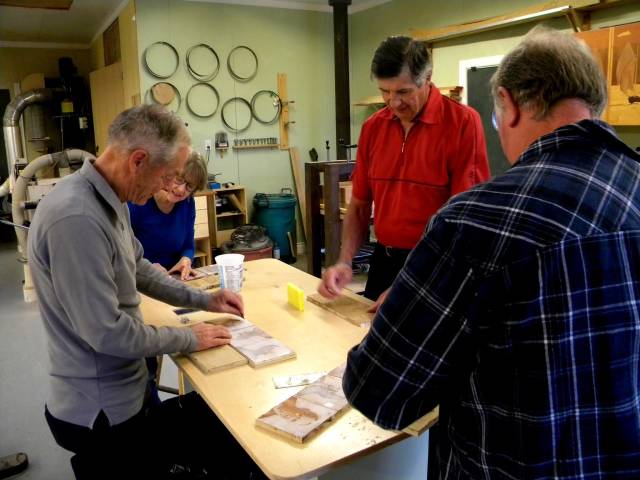 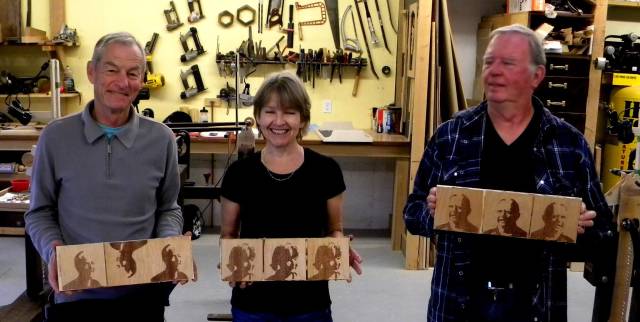 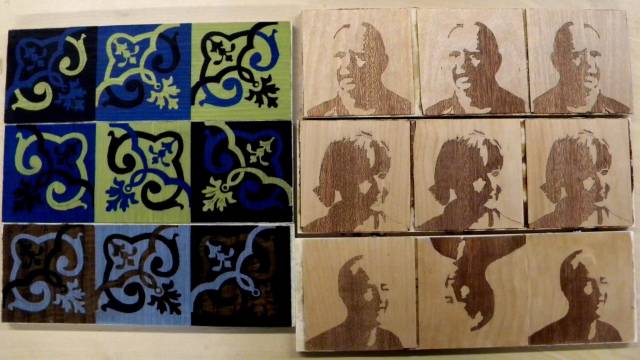 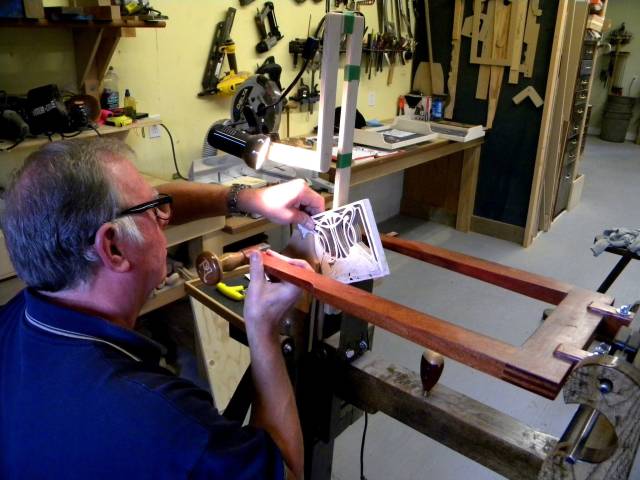 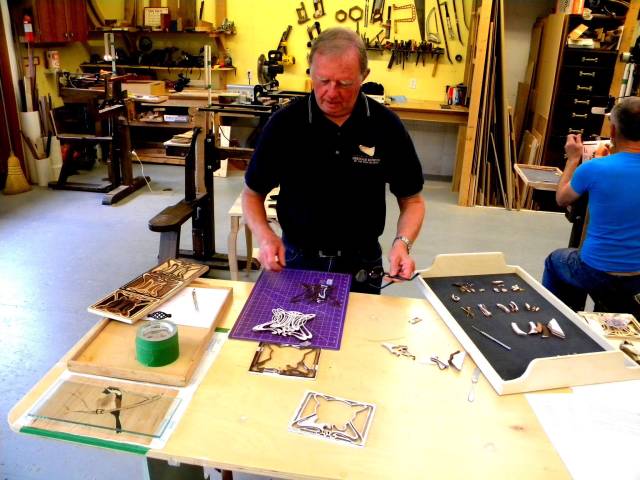 If that’s not enough for you the whole album with captions is here.
I had a great time and can’t wait to do it again in June. In the mean time it was nice to go up and break down the chevys this morning and get my old shop back.

View all parts of Marqutery School »

I just had to check out your posts. I have missed keeping up with the woodworking community. Working my butt off as a contractor has left me with little time to follow others. I plan on changing that.

Wonderful classroom, tools, curriculum and teacher. What a great start for this new dimension you have added to your marquetry Paul. I hope you recruited your students to the woodworking sites so we can enjoy seeing their work in the future.

What a great class! I sure wish I lived closer to you and could have joined in. I especially love that you have them do their portraits and you get to keep a record in marquetry!

Well done. Knowledge is power and you just given those three a great deal of power with an overlay of self accomplishment. Something they and I am sure you will never forget. Job well done.

Thanks everyone for the kind words.

David, Say hi to Patrick for me. I feel honoured to have had my name come up in that group. If I’m a player at all, I’m not on the starting lineup just yet. I’ve got a lot more dues to pay.

Abbas, I won’t be hanging the photo in my shop. I have something better. I got to keep these. That’s a lot of material and techniques covered in a short time.
You should hang that last picture in your shop… I would.

Paul, Congrats! Job well done. It has been fun coming along via the internet, looks like it was a lot of work, and I bet you are gonna have a “Post Partum” feeling for a while. Woodworking in America is in Kansas City this week end, and I had the pleasure of getting to know a friend of yours: 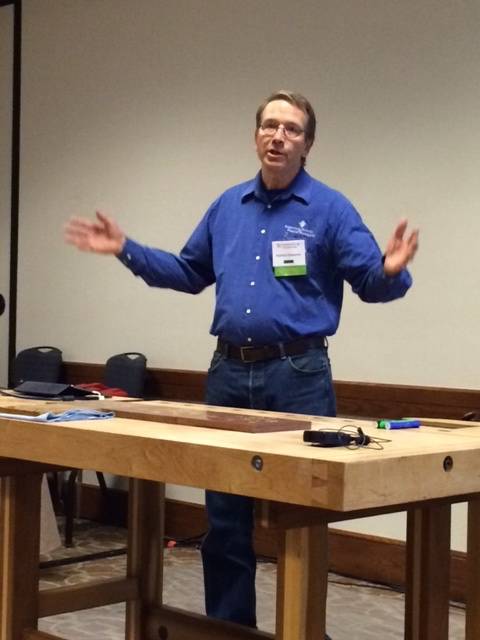 Had a two hour session with him Yesterday on French Marquetry, and will be spending another two hour session on french polishing tomorrow. Also met the fella from Ozark Mo who is working on the Chevalet project with Patrick. Believe it or not, your name came up along with Roger Bean : ) I feel like I’m slowly getting to know the “players” in French Marquetry ! Anyway, Congratulations on your first Class!