Last entry I had just started cutting the top marquetry. This is the most complex piece I have attempted and yes that was also the case when I cut the ends. This cutting and assembly took between 55 and 60 hours but it is done at last.
I now have all the marquetry cut for the jewellery box and all that remains is sand shading, pressing,
and assembly.
….. it doesn’t sound too bad when you say it quickly. :-)

As promised, this entry has pretty pictures ( at least after endless cutting they are very pretty indeed to me)

First up the separating cuts to get pieces that will rotate inside the 18" saw frame. 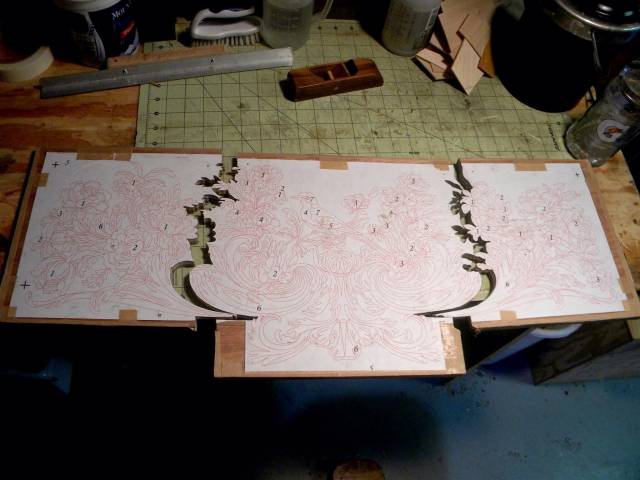 This time I assembled on clear shelf liner over a flipped copy of the pattern. Turns out to be a far superior method of keeping track of all the tiny pieces. 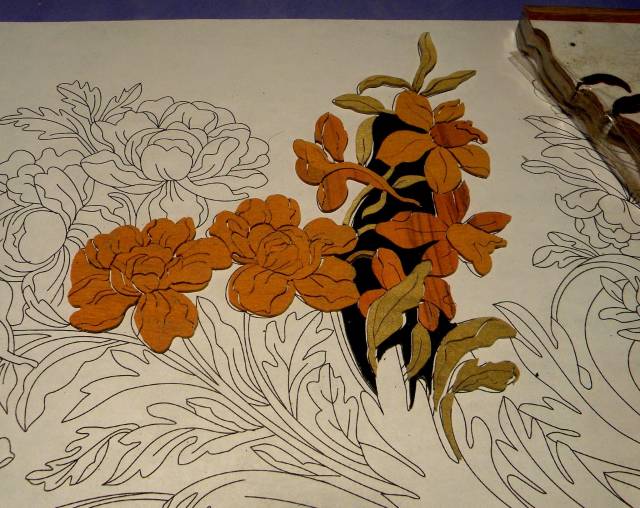 As the sections neared completion there were some very fragile bits of background to keep an eye on. 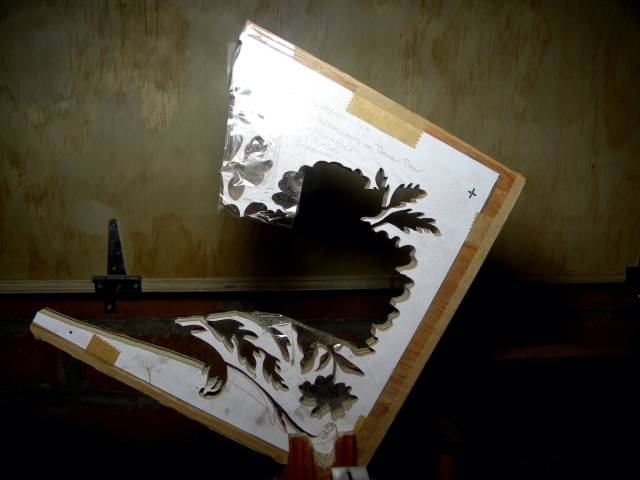 When the background is finally added the whole thing just pops. 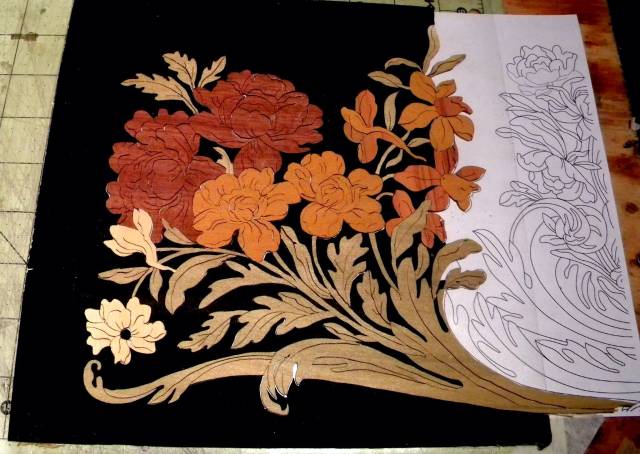 The fragile ground at the other end. 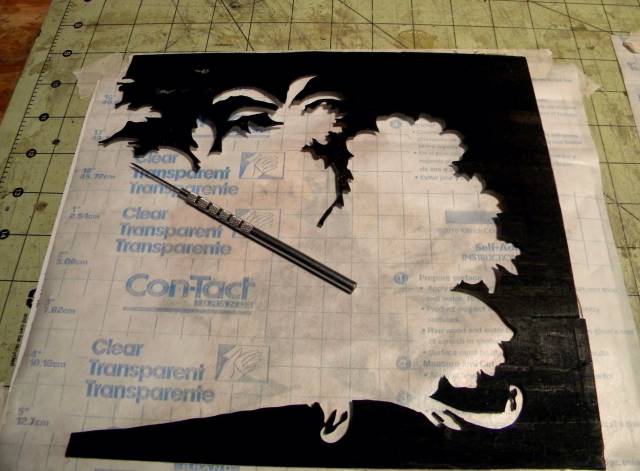 I cut the centre section in two so that I could work toward the top and bottom from the middle. The parts are held in alignment by two veneer nails at the top corners and two at the bottom corners. 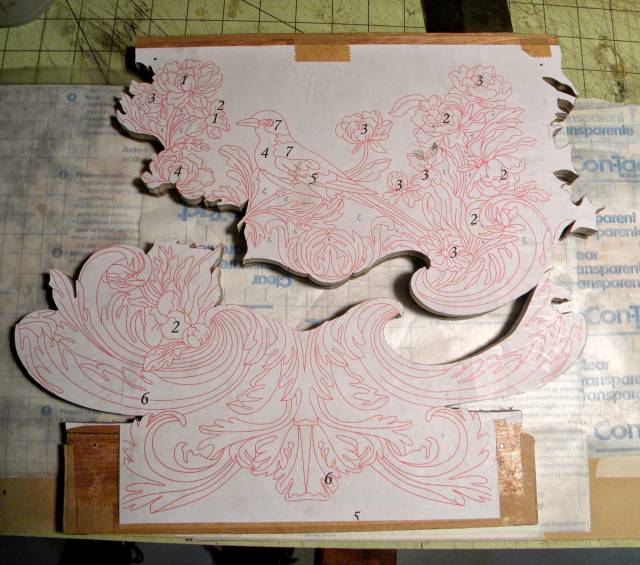 Then it was the home stretch. 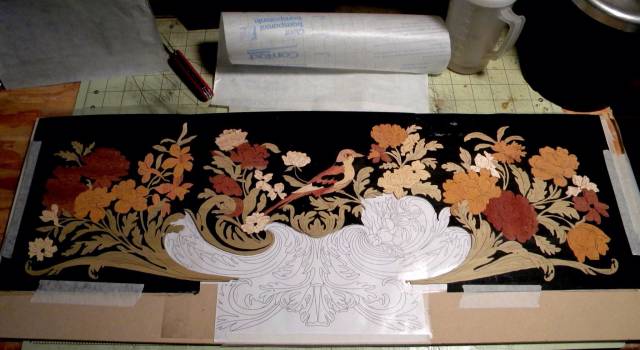 Words defy me.
You have certainly come a long way since the spilled coffee mug.
I am looking forward to the photos of the finished project.

Will this contain the crown jewels? I can’t think of any jewelry that I would have that would be worthy of such a place to reside. (You could probably put Cracker Jack jewelry in that box and convince someone that the phony diamond was worth a few million. LOL)

That ebony really does show off the marquetry beautifully. You must be getting terribly excited to be so close to finished.

Thanks all.
Shin, there’s no way I would attempt this on a scroll saw either. It is far too intricate and there is no “waste side” to escape to. It is all cut by hand on a chevalet.

You have SO much more patience than I do! My Craftsman scroll saw is so “Buzzy,” that I don’t like to use it much. One speed, and it’s “Hyper.”

This is an epic piece, its is beyond anything i could ever make. You sir a a true artist. Great work Paul. Thank you very much for taking the time to both blog the process and post the pictures as you work.